Mauer der Toten is the latest Zombies map to be added to Call of Duty: Black Ops Cold War. The Berlin-based map is on the smaller side, but it's packed with new content and enemies to fight.

Here's what you need to know about Mauer der Toten to ensure your team makes it out alive.

Your squad starts on the tallest rooftop of the map, with the goal of turning the power back on in the area. You're not able to use any shortcuts or perk stations while the power is off. There are two ziplines to take, each leading you to a different building. Both paths require you to unlock the same amount of doors, so feel free to pick whichever path best suits you. They both occasionally spawn the mystery box within the second door unlock as well.

A few more doors later and you'll end up on the street. This wide open area is perfect for fighting Elite class and Special class enemies — more on that later. There's a dropdown area as well as a subway entrance to choose from. Both spit you out into a subway station, but be careful while crossing the tracks! Trains on fire fly by, potentially downing you if you get hit and also leaking off fire zombies to fight. These trains always spawn when you first arrive at the tracks, and randomly at other times. The reintroduced Mule-Kick perk machine is in the subway terminal also. After you turn on the power, you can acquire this perk to carry three guns at a time instead of two

Both paths eventually lead to the power room, where you're given the objective of recovering two fuses to turn on the power. Depending on which way you entered, you'll need to unlock the other door to the power room to find a Special class Tempest enemy to fight. The Tempest will drop the first fuse, and a second Tempest will spawn in a seemingly random location, typically back above ground.

If you want to save some money, trek back the way you came through the subway to avoid unlocking two doors on the other path. You should try to kill both Tempests before round four, as afterwards you'll be pretty underpowered for what's to come. A Tempest may randomly spawn before you even throw the power switch, but these ones will still drop a fuse and may even save you some time. 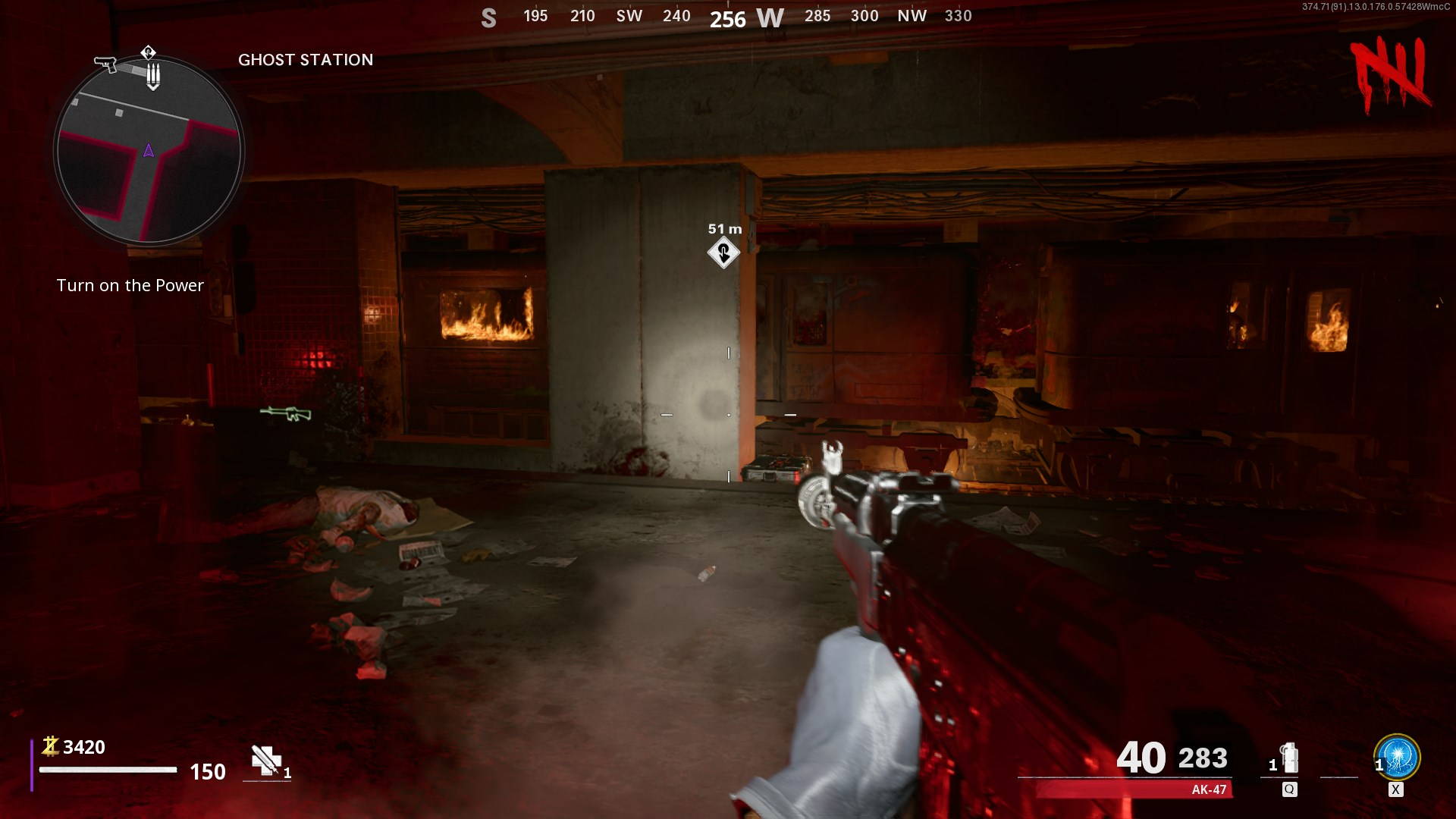 This is located under the Mauer Der Toten spawn location.

Head down the stairs to the 5th Floor Apartments and you'll find it in the corner. For $1500, you'll come back to life as a shadow to revive yourself. If you upgrade it to level 3, you'll respawn with all weapons and equipment.

This perk is located at the top of the Destroyed Penthouse.

This building is opposite the spawn rooftop if you take the zipline. For $2500, you'll be able to quickly revive downed teammates and increase your healing rate.

On top of the Korber Rooftop is where you'll find this perk.

It's located opposite the Quick Revive building. Take the zipline that goes through the 'O' sign and it will be infront of you.

If you enter from the Korber Rooftop, you should find it easily. From the Speed Cola machine, head left into the building, take a right and it will be at the end of the corridor.

This vital perk is found down on the streets inside the bar.

Head down to the street and take a right to find the bar. Head inside and you'll find the Juggernog perk against the wall.

This perk is found in the Service Station when you head through the manhole underground.

Once you've gone down, Deadshot will be on the left wall. This greatly improves aim-assist and aims you naturally at zombies heads.

This is found near the Train Tracks in the Ghost Station.

Take either the stairs or the manhole down, follow the purple arrows and you'll find it. You'll be able to take a third weapon and when upgraded will provide mroe ammo and equipment.

Elemental Pop is right next to the power switch.

For $2500, you'll get bullets that randomly use one of the available mods for your gun.

This machine is located in the Department Store.

After taking the zipline up from the subway, head straight and you can take another one to the Department Store.

This machine is hadny as it allows you to purchase any perk you desire, but ultimately costs a bit more.

Here are some handy tips and tricks to help you in your games: 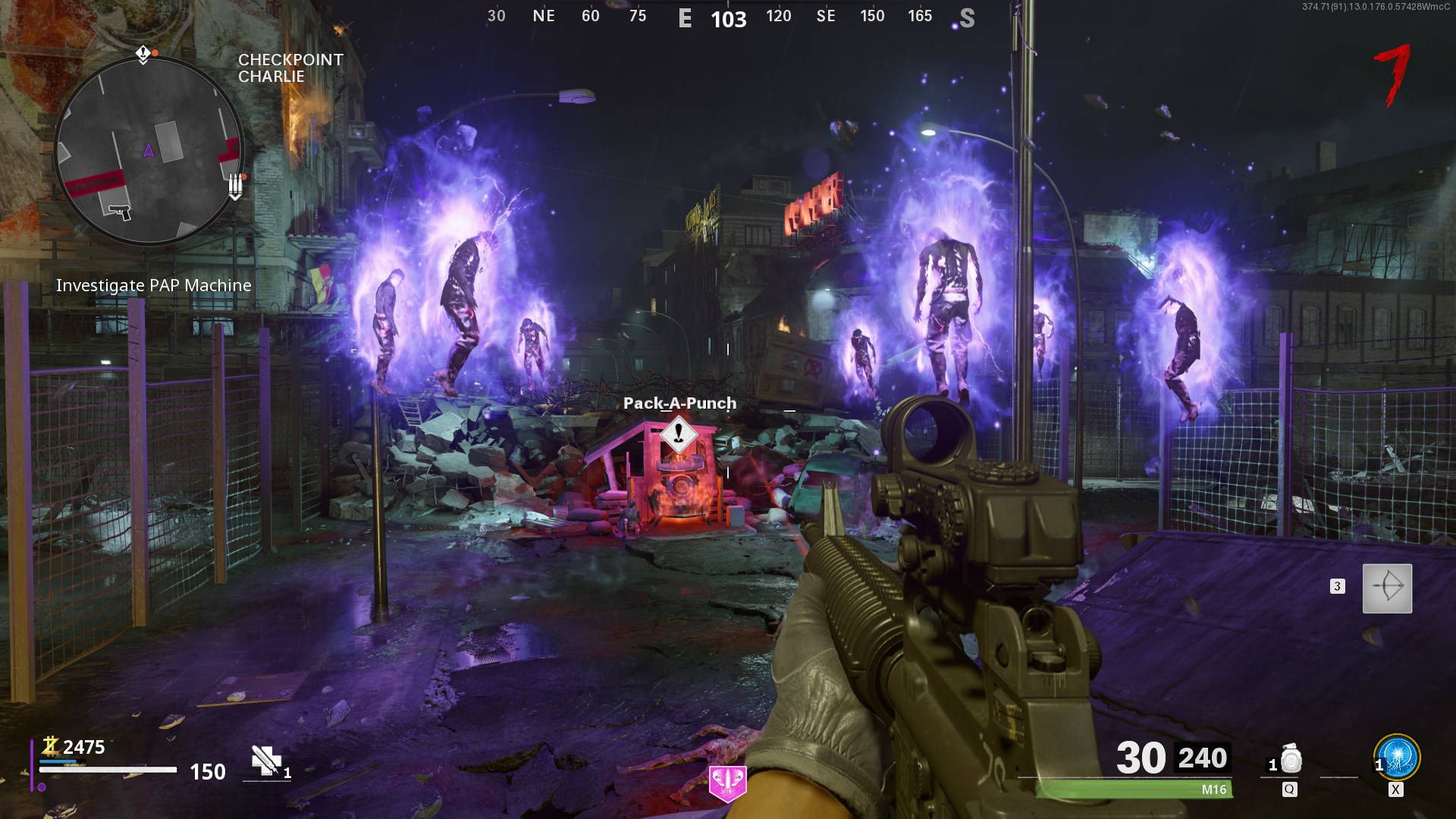