Call of Duty: Modern Warfare 2 has been officially revealed by Activision-Blizzard on June 8th, 2022 and from what we can tell, this will be the primary COD for the next two years.

With this reveal, they also showcased the multiple editions the game is going to have and we're going to spotlight the differences between each.

There's going to be three different editions of Modern Warfare 2 that players will be able to purchase and of course, they're all going to scale in price.

The most lucractive edition of the game, The Vault Edition is going to offer players numerous rewards, mainly in-game cosmetics ones.

The Vault Edition for Modern Warfare 2 will contain the following goodies.

Next, the Cross-Gen bundle is going to be the base version of the game, but with access to MW2 on previous hardware. So, a fantastic option if you can see yourself upgrading your console in the next year or so.

Lastly, the standard edition of the game is also going to give players beta access, which is slated to be announced at a later date. 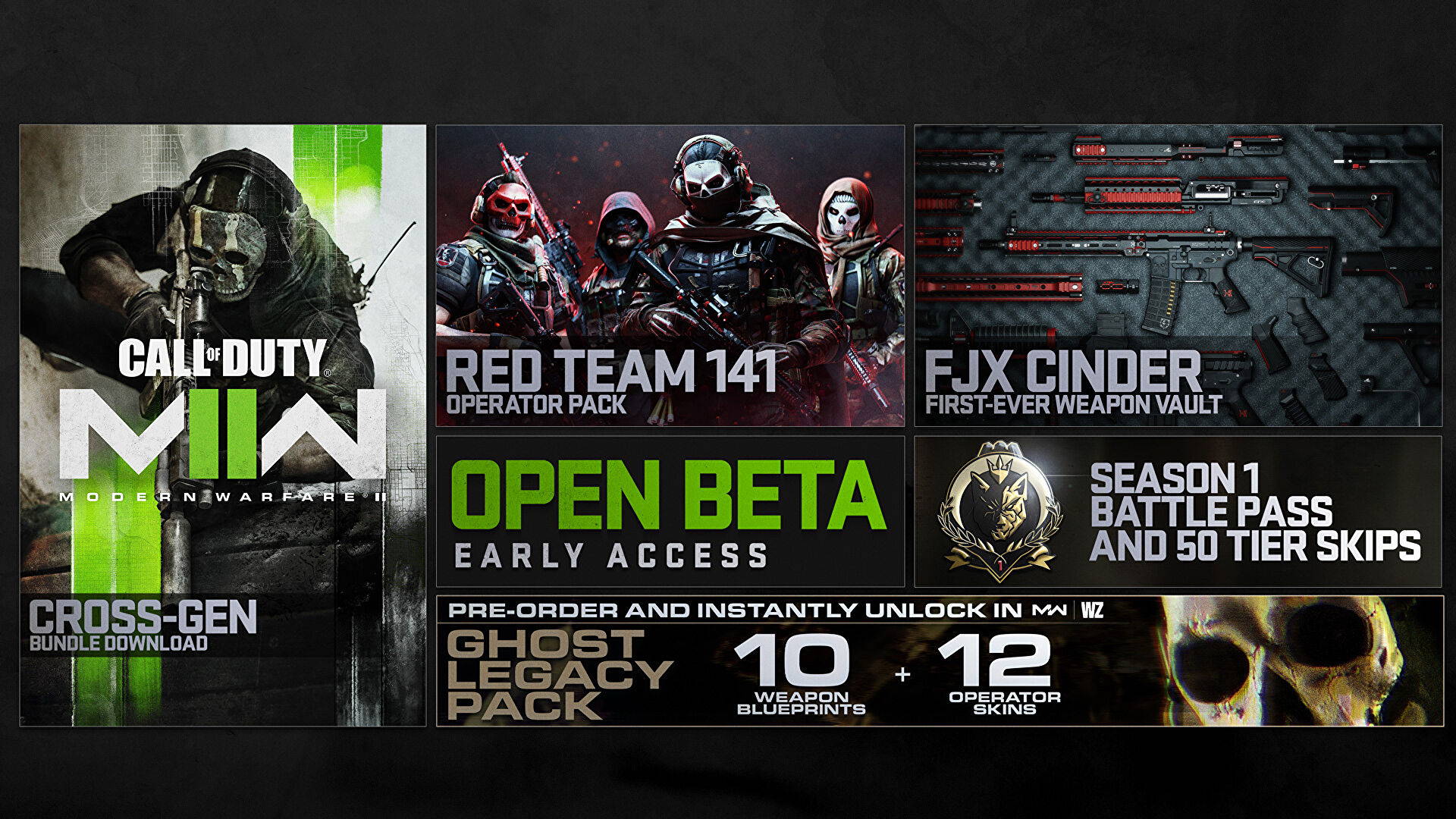