Summer is heating things up

With a fifth Season dropping this Summer, we can expect the traditional flurry of new content including the new EM2 assault rifle, Tec-9 SMG, the long-anticipated Echelon map, a host of classic Black Ops maps and some interesting new Operators.

Unlike Season 4 Reloaded, the mid-season update, the start of a new season features far more content thanks to a brand new Battle Pass.

One thing we're expecting in this new update is the COD 2021 reveal, also known as 'Call of Duty: Vanguard'.

Here's everything we know about Cold War and Warzone's Season 5 update.

While the update has gone live, the new season doesn't begin until 5AM BST/12AM ET on the 13th of August (9PM PT on the 12th of August)

Season 4 Reloaded arrives on the 13th August 2021 (12th August for some parts of America).

However, the actual update will be available for download at the same time a day before. 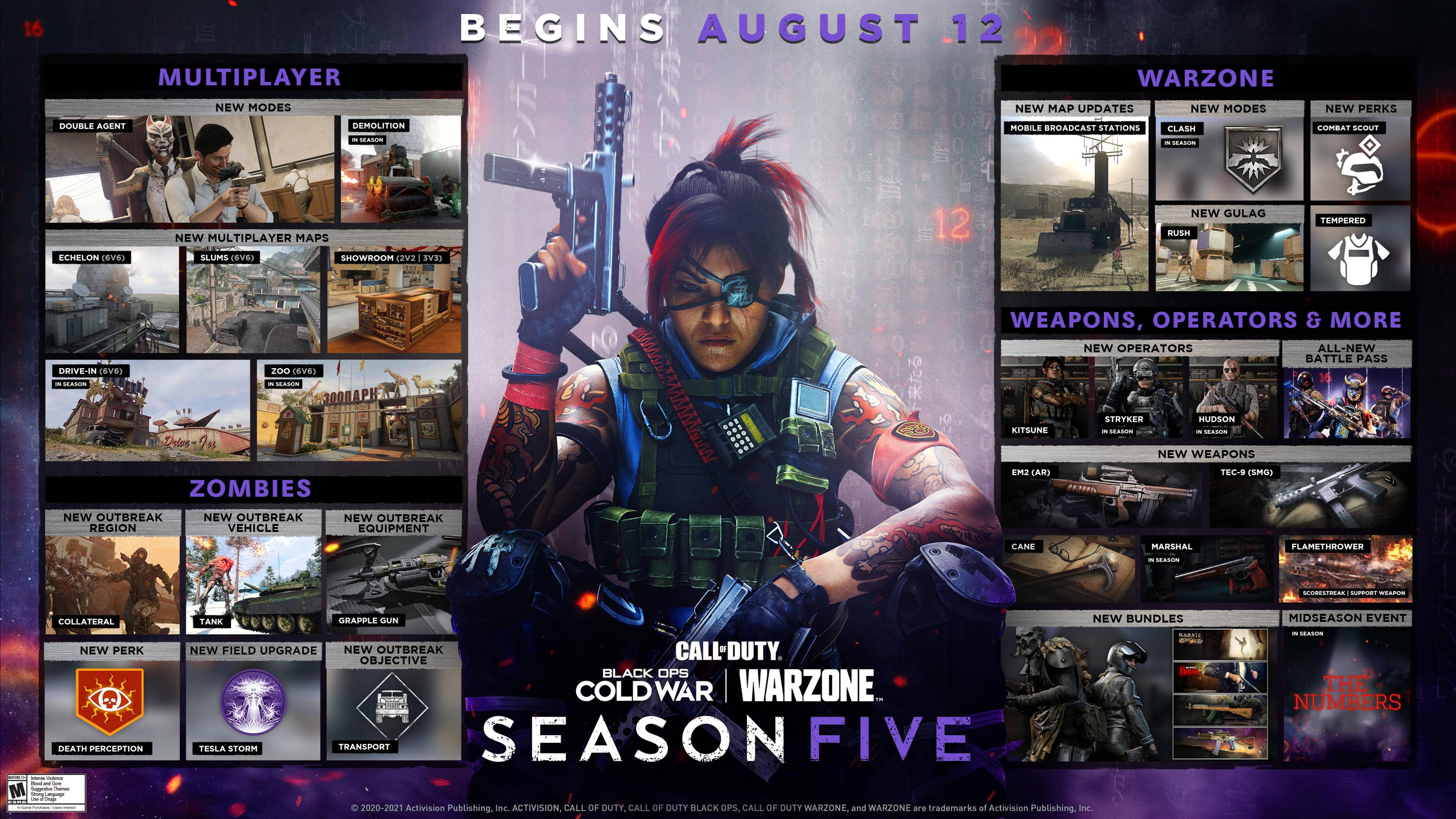 The XM4 is getting several new adjustments to assist with its handling, as well as a unique attachment. As one of our more popular weapons, the XM4 sees plenty of usage from experts and less experienced players alike, so we’ve made changes to specific attachments to appeal to players of all skill levels. Players may want to experiment with new attachment combinations after this update to find the sweet spot that works for them.

Though the QBZ-83 is a solid performer, it’s been underused compared to the rest of its class. We’ve reduced its recoil to help more players explore this weapon, develop a feel for it, and find success with it in-game.

As the fastest-firing AR, the FFAR 1 should be serviceable in a more aggressive, close-quarters play style. To accomplish this, we’ve given the weapon additional high-damage potential at short range while retaining its original damage values for mid- to long-range combat. Hip fire has also been improved to help with short-range encounters. As a result, several of its Barrel attachments have also been adjusted. These changes allow a skilled player to leverage the FFAR 1’s shorter-range capabilities for a more versatile play style.

With the Groza, handling speed is key. We’ve made visual improvements to help players take better advantage of this weapon’s quick handling, as well as attachment changes to lean into the Groza’s unique personality as a bullpup AR.

Mid- and long-range combat are important factors for the FARA 83. Currently boasting the best range of any AR as well as a fast fire rate, this weapon requires consistency for success. As such, we’ve improved recoil and visibility while firing. While this AR was originally concepted to fill more a marksman-like role on larger maps, it has proven to be reliable in most game modes. Developing a sense for controlled firing will lead to even more success with this weapon.

While the C58 is a powerful weapon in capable hands, some of its handling characteristics initially created a high barrier for proficiency. We’ve addressed this by improving the recoil, feel, and visibility while firing the weapon. The C58 isn’t recommended for close quarters, but with proper ammo management, this weapon can perform much like an LMG with the handling of an AR.

Moving onto SMGs: the KSP 45 has recently overperformed at ranges we feel are better suited for other weapons. We’ve made slight adjustments to its burst fire speed and effective damage range to alter the feel of the weapon just enough that focused players won’t feel much of a difference, but others won’t feel as “lucky” with this weapon.

In the weapon lore of Black Ops Cold War, the LC10 is an SMG created by a sniper rifle manufacturer. Accuracy – specifically at range – is part of its personality. The LC10 also features very little damage drop off to create a very consistent time to kill over a large distance. With the launch of Season Five, we’re making slight adjustments to recoil and range to raise the skill level required for success.

Dual wielding pistols now has a slight movement speed penalty. While not being able to aim down sights is a sizeable trade-off, movement speed has always been a top factor for success with short-range weapons. Lowering the movement speed while dual wielding creates more of a liability regarding range and positioning.

Three Operators will be available in this new season.

This Japanese self-taught cybersecurity expert and world-class thief is ready to make her presence known as a key Perseus operative in Season Five.

This Operator is available at level 0 from the paid Battle Pass. 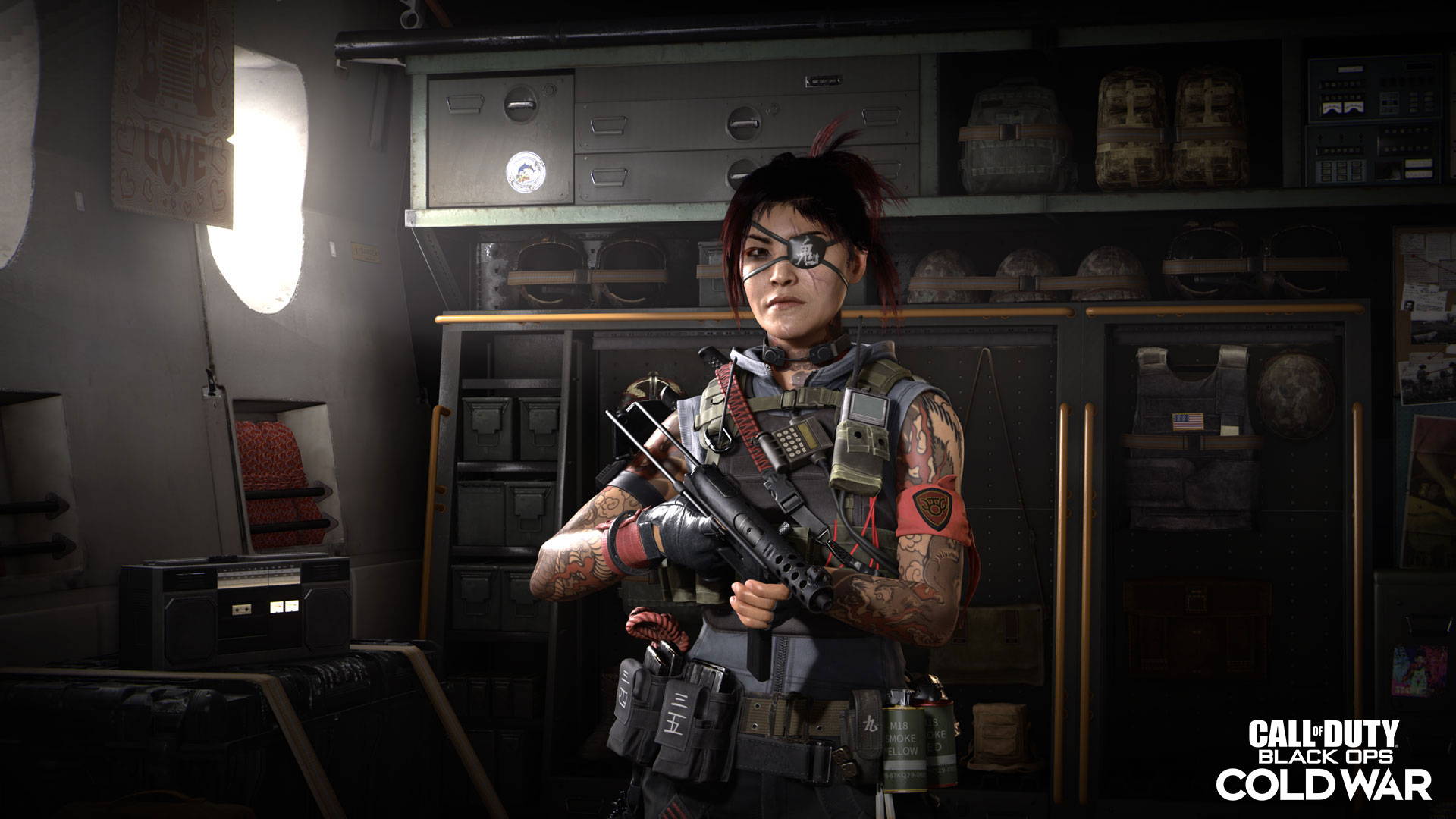 Stryker is an ultimate one-man army, who represents the cutting edge of US Special Forces response teams.

Stryker will be available later in the season. 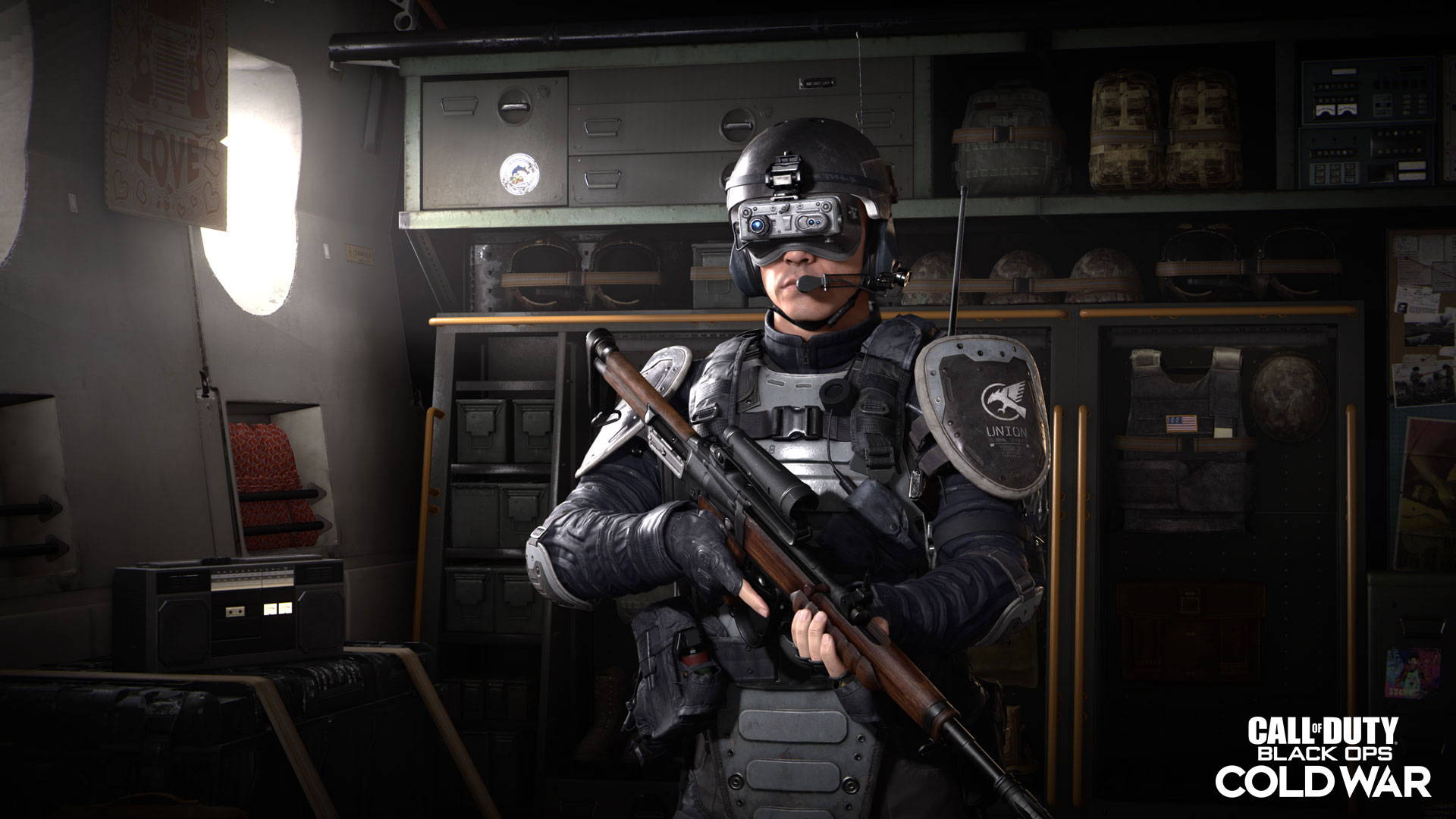 Finally, Hudson will arrive during Season 5 as a brand new Operator - arriving as part of a Store Bundle. 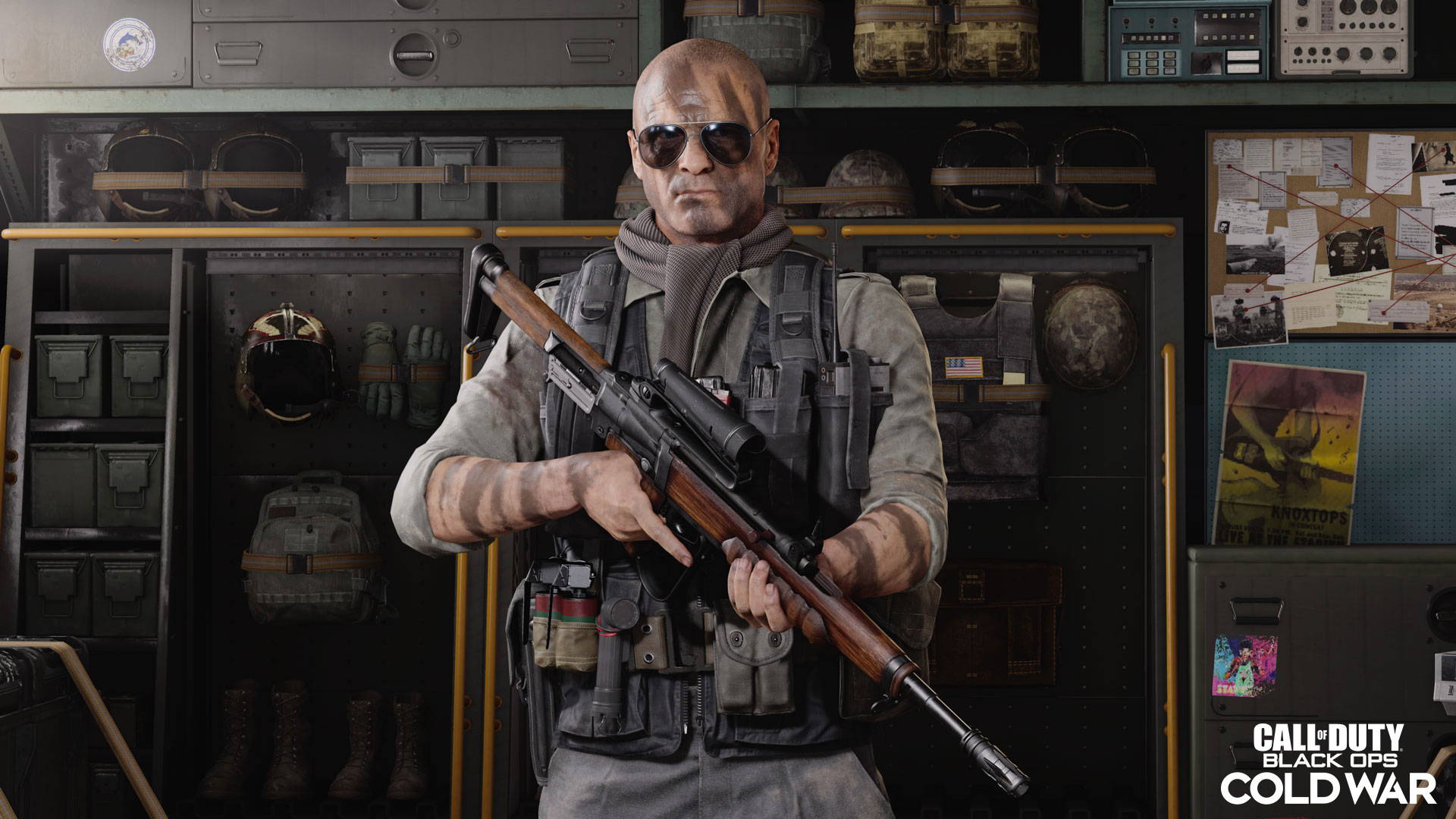 New Mobile Broadcast stations are popping up around Verdansk to help Stitch and Perseus bring about a new world order.

As the name suggests, these mobile stations can be placed in a variety of locations in Verdansk, differing from match-to-match to keep one area from being signal boosted by the rewards they offer. See what they’re all about by going closer to them, but be sure to keep your head and tune out the broadcast each one emits…

This season's Gulag will be Rush, the remastered map from Black Ops 2 that was added last season - specifically the indoor paintball arena.

Death Perception is the ninth perk to arrives in Zombies. This will grant any gent who drinks it the ability to see obscured enemies in a bright outline.

Tesla Storm, upon activation, will shoot out between you and your allies, stunning and damaging normal enemies. Once upgraded, it will start to stun special and elite zombies, including squad movement boosts.

The Flamethrower will arrive as an additional support Weapon to aid in Exfil situations or when you need extra firepower. 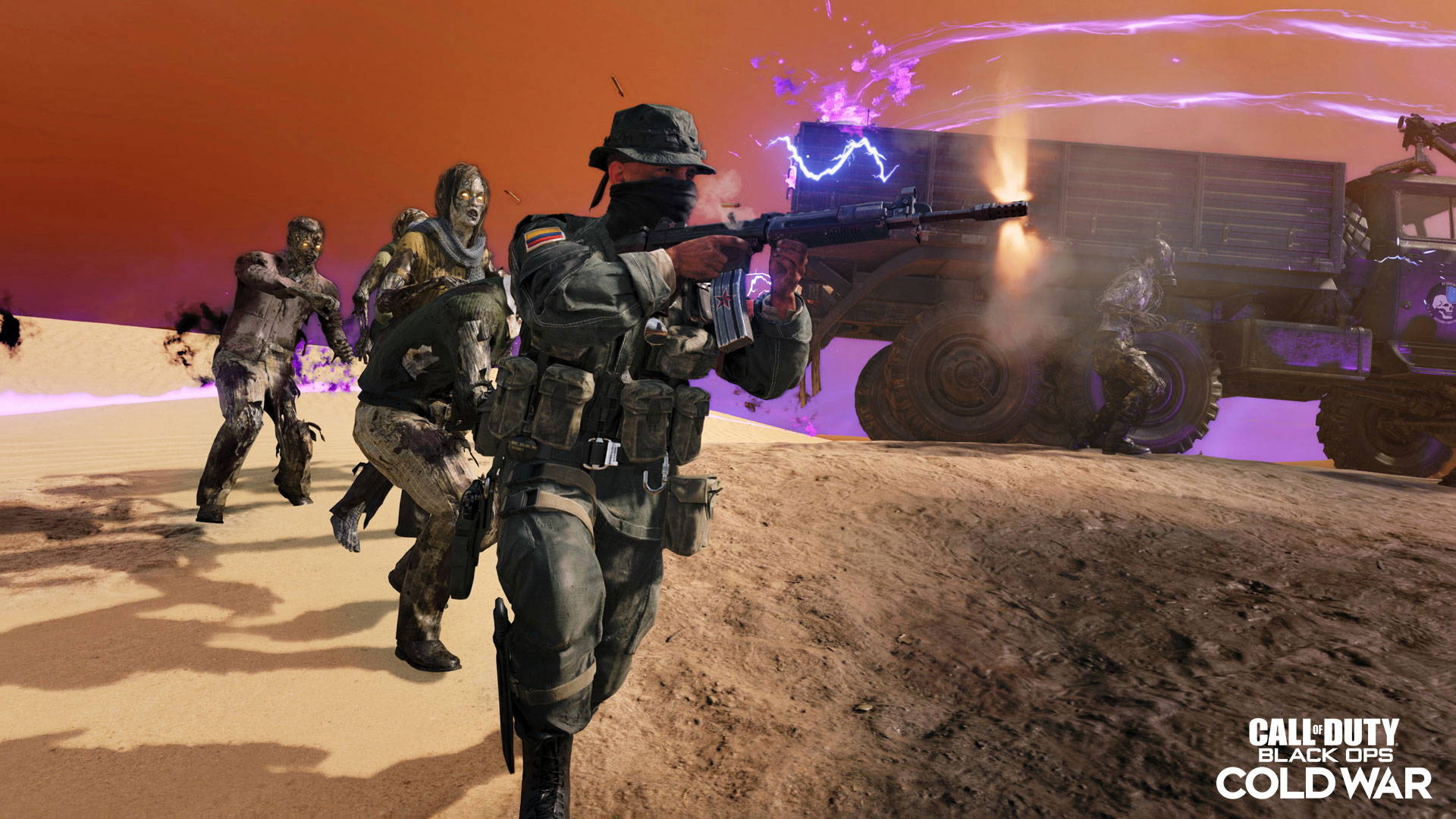 The EM2 is a full-auto assault rifle with good firing control, a built in low-zoom optic to improve accuracy and a slower fire rate with reliable range

This British rifle be unlocked at tier 15 in your Battle Pass. 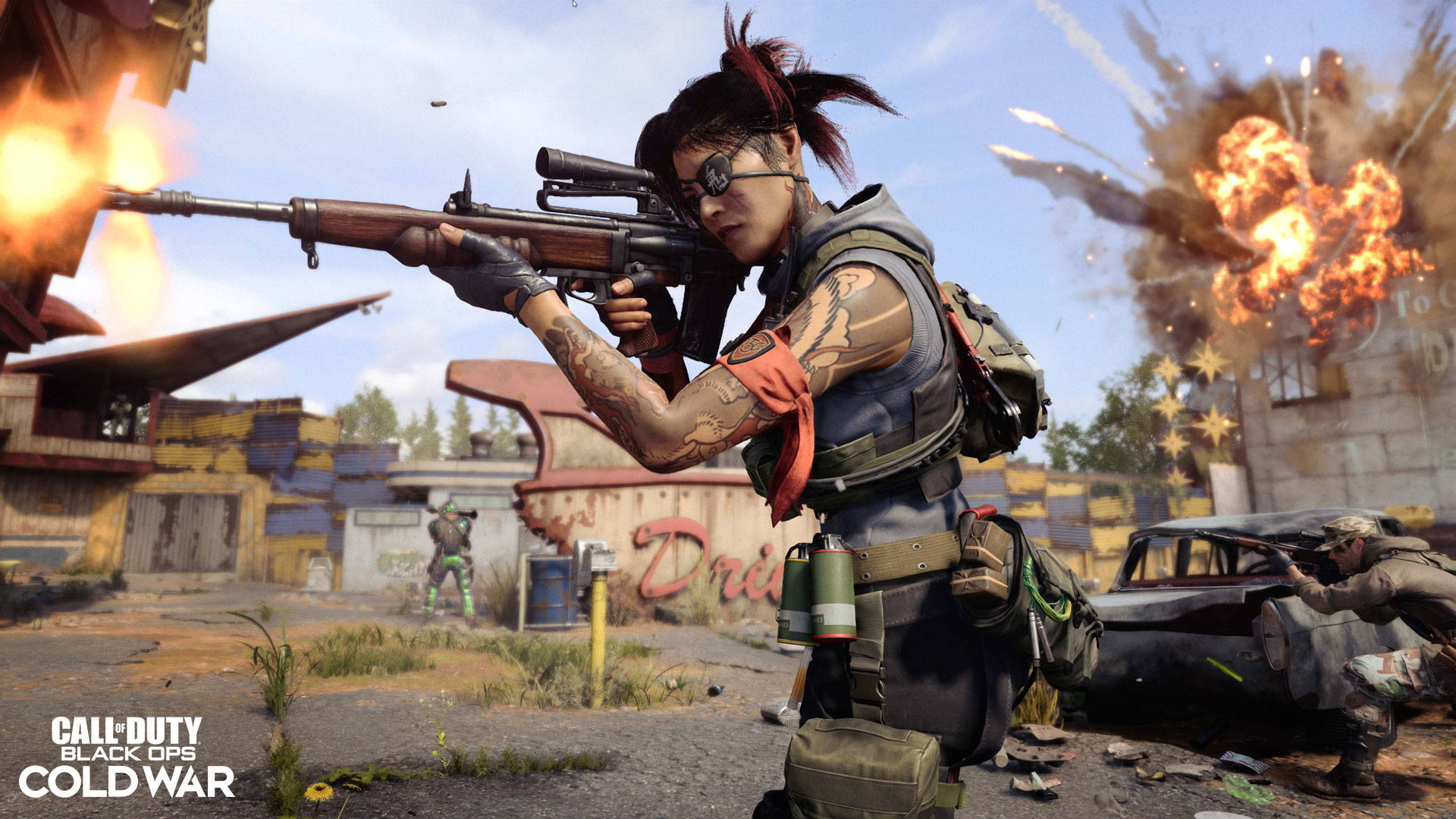 The Tec-9 is a semi-automatic weapon that was leaked not too long ago, but was also clearly seen being wielded in the recent cinematic trailer. The SMG has improved accuracy from longer ranges, with low recoil and a slower fire rate.

This will be unlocked at tier 31 in your Battle Pass. 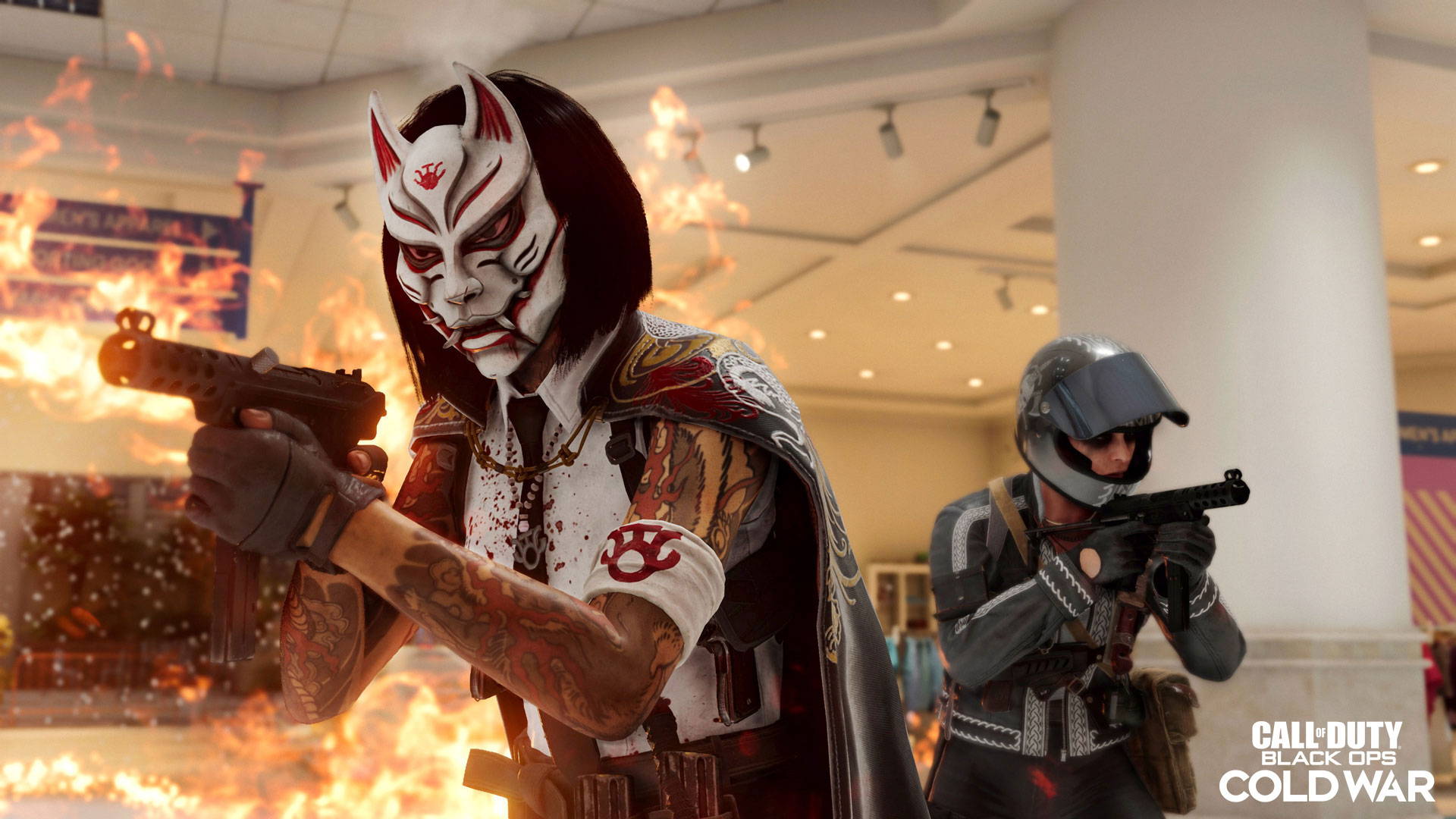 The Cane melee weapon will be available for players to unlock at the start of the season via an unlock challenge or from a store bundle. 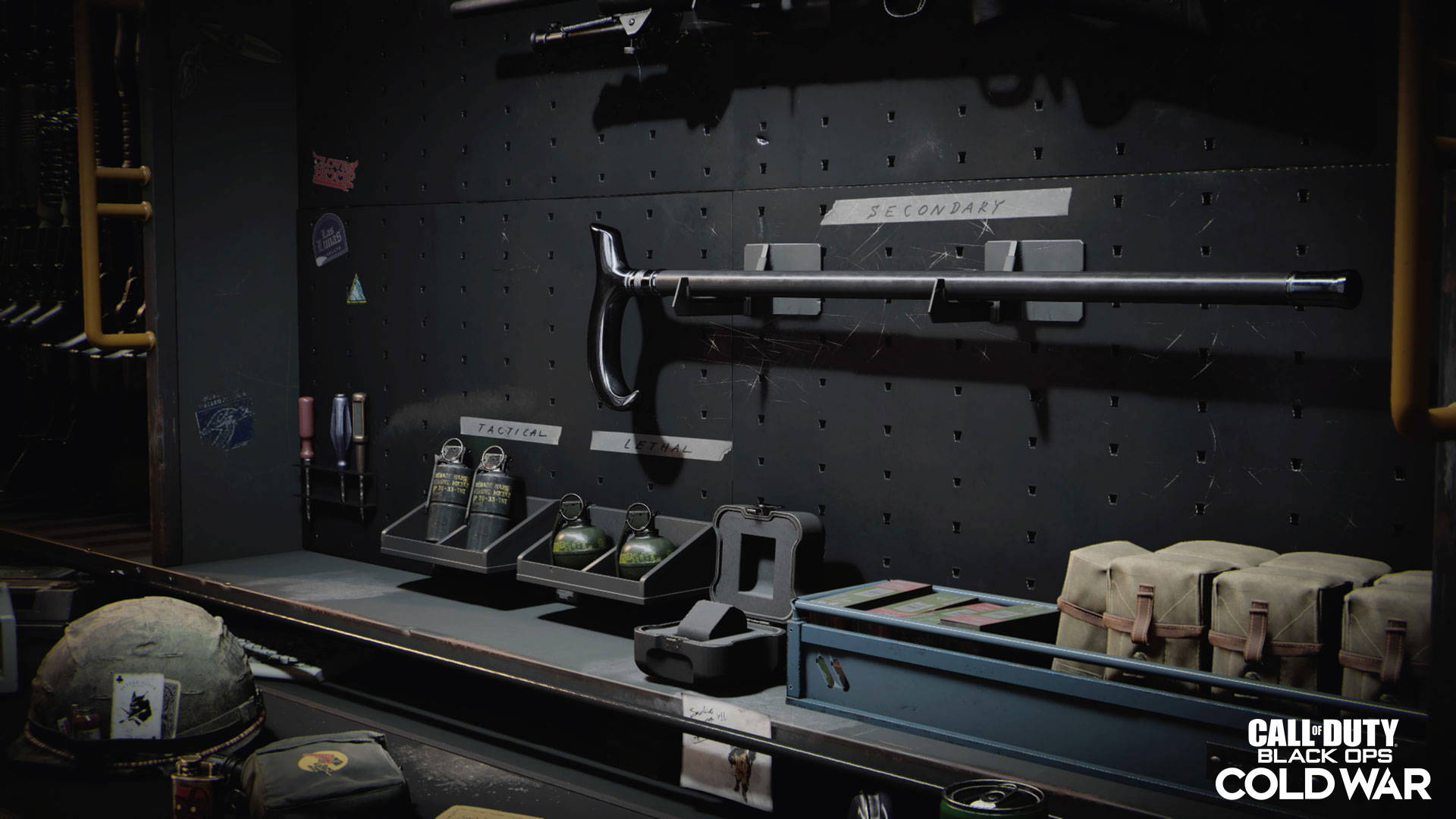 The Marshal is a secondary and an interesting one at that. It's a double-barrel pistol that fires 12-gauge shells.

This will be available for players to unlock via an unlock challenge or from a store bundle. 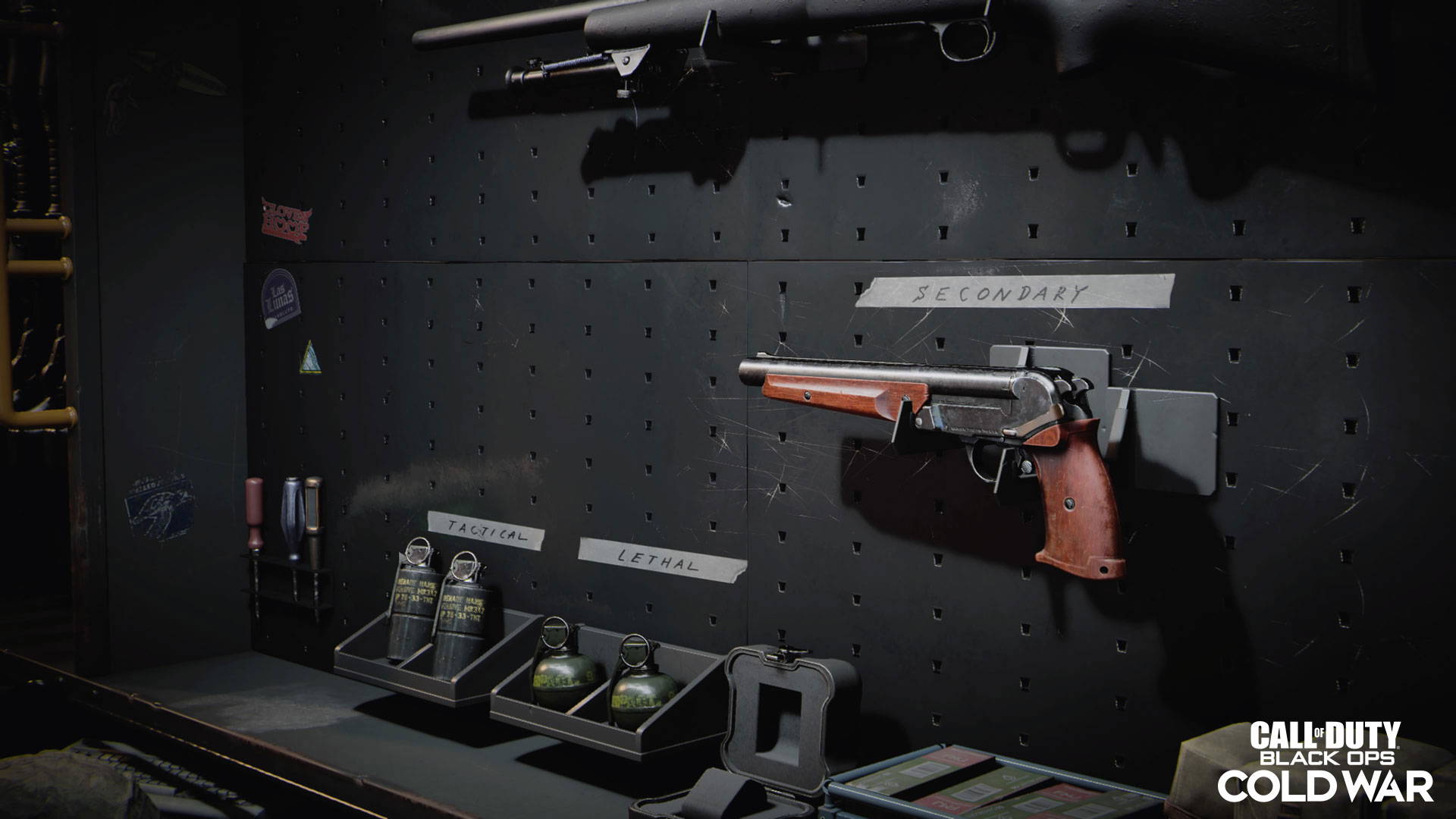 New multiplayer maps are dispensed periodically in a season and this season Treyarch are going all out with FIVE maps.

Echelon was a map that was leaked all the way back into Season 1.

Set at Teufelsberg – also known as “Devil’s Mountain” – in Berlin, Echelon sees Operators fighting through the rain and ash in the aftermath of Perseus’ latest operation. From either infiltration point, you’ll fight to control the central control room inside the main dome, a natural hotbed for combat that gets even hotter in objective game modes.

This NATO compound was partially blown to pieces during the attack, so mind the gaps in the roofs unless you’re planning to plunge onto the plateau below.

This map will arrive at launch. 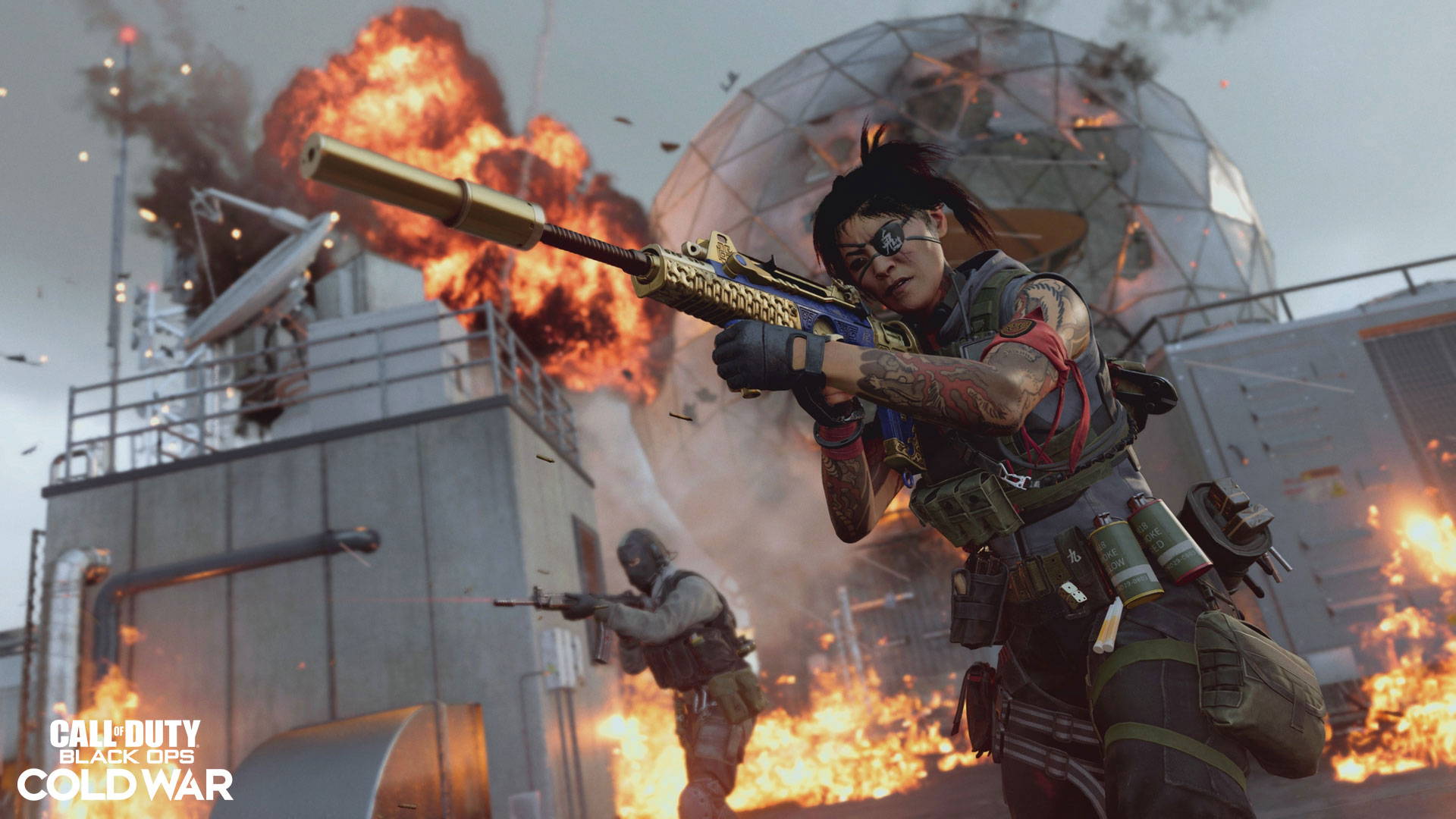 Returning from Black Ops 2, take to the streets and fight through this tight three-lane vintage map.

Slums is set deep within Panama City, where a town square featuring a central fountain invites long-range combat across lanes and plenty of aerial Scorestreak bombardments. 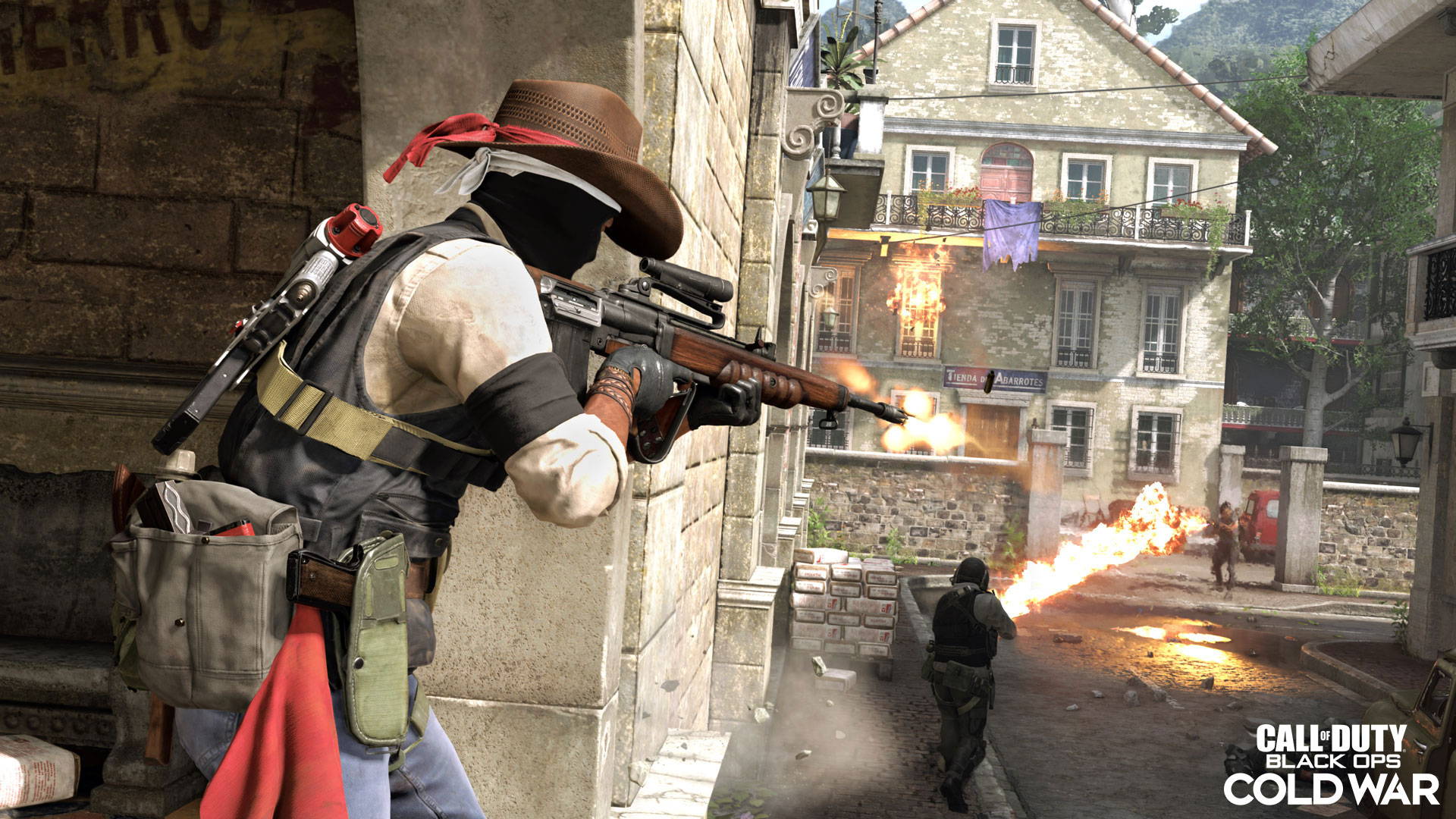 As for this season's Gunfight and Face Off map, Showroom is set in the cordoned off Stacks emporium within the long-abandoned mall in New Jersey, The Pines.

On this map, expect to have fast fights over and around various displays and kiosks, which provide a unique aesthetic and map structure compared to the other smaller maps in Black Ops Cold War.

This map will arrive at launch. 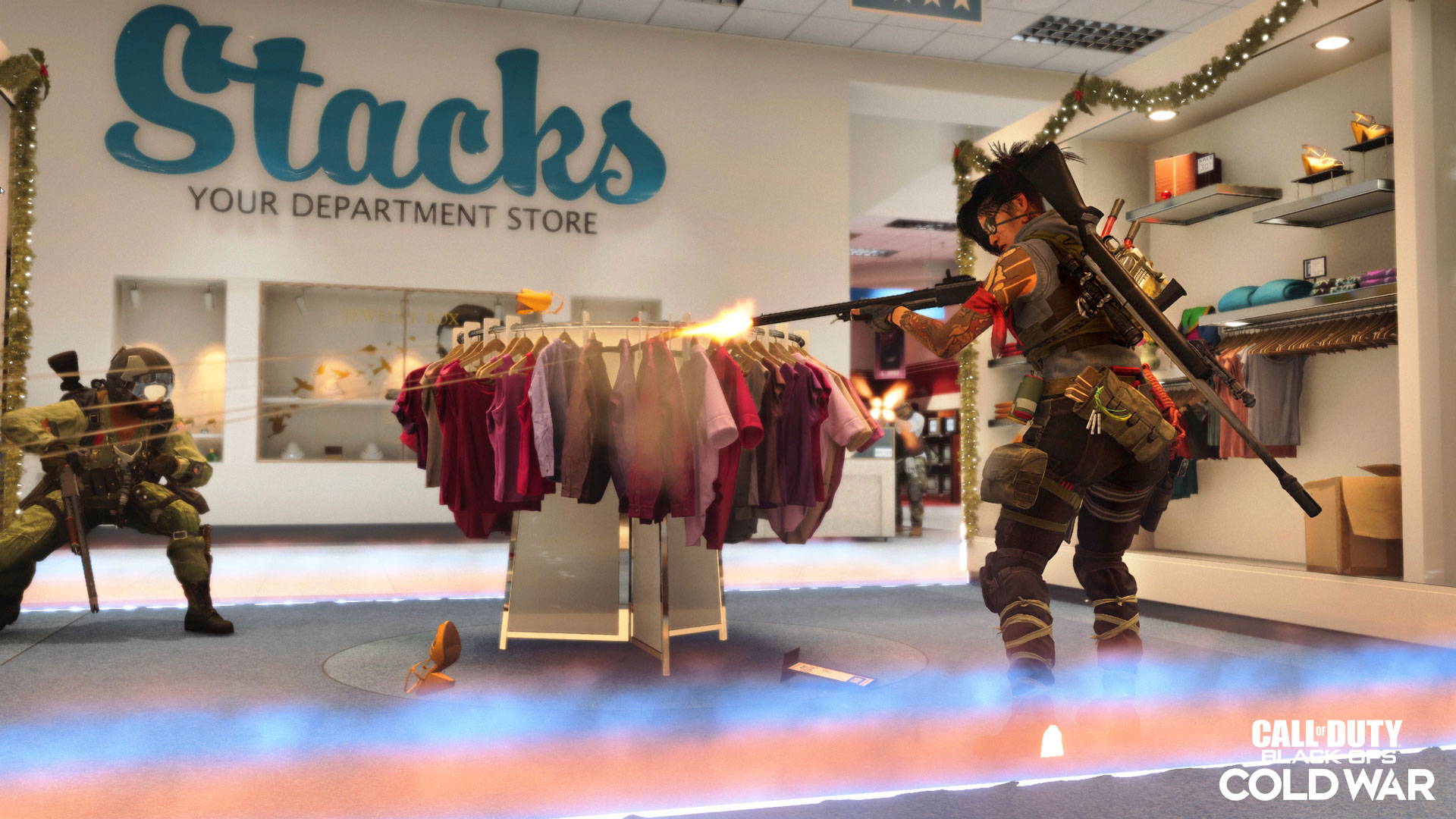 Get your popcorn ready for the return of Drive-In, a cult classic from the original Black Ops, set in a movie drive-in out in an abandoned midwestern United States ghost town.

Remastered for the first time in honor of its 10-year anniversary as part of the Black Ops Annihilation Map Pack, Drive-In features close-quarters fights and powerful overwatch points, particularly around the big screen of the Galactic Drive-In, where snipers and other long-range weapons can shine.

Be sure to tread lightly through the mostly barren parking lot if enemies take up the big screen or the red building on the opposite side, using the alleyway flank routes to drop bad guys with a Finishing Move worthy of an action hero.

This map will arrive during the season. 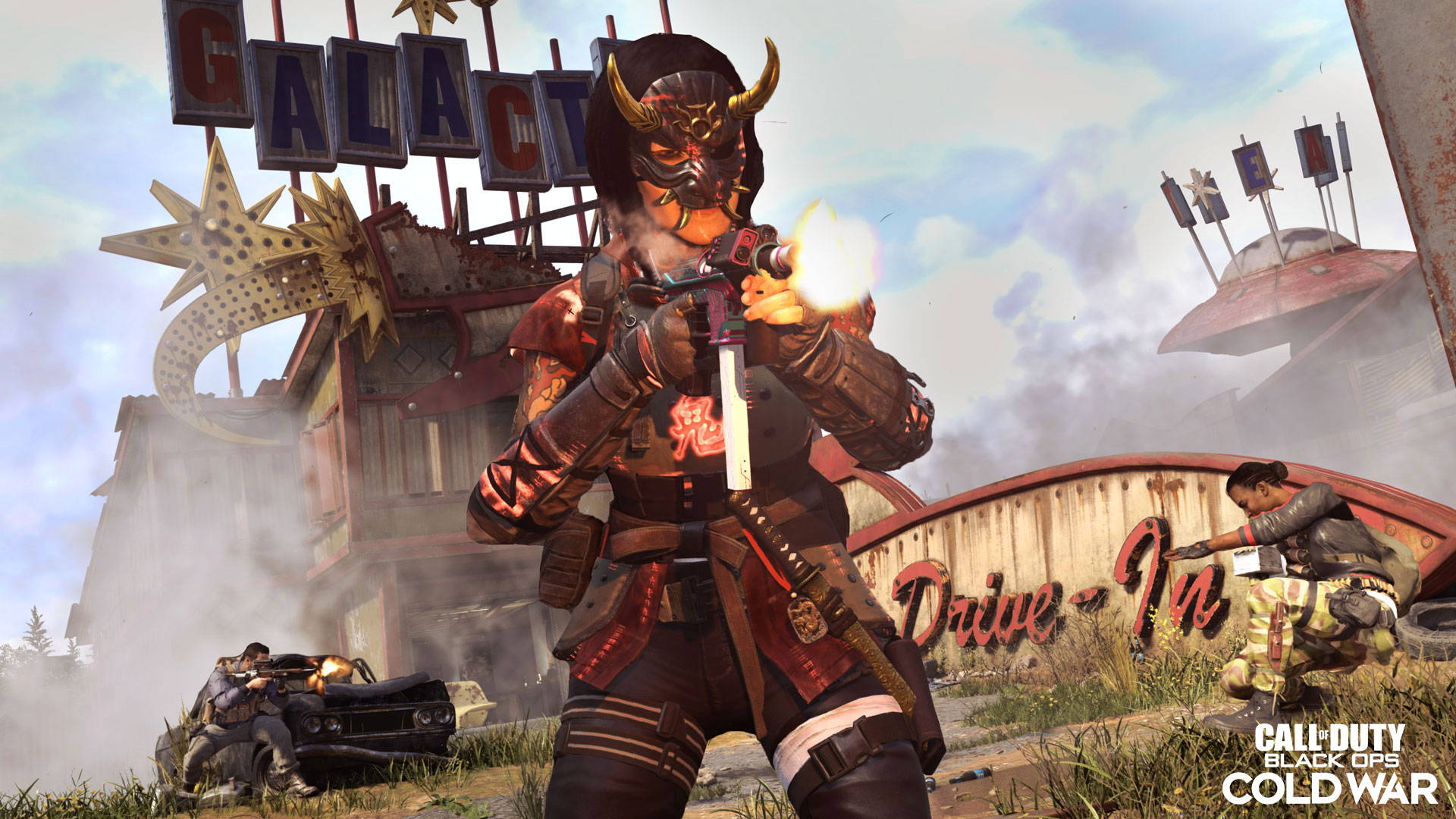 The intense 6v6 incarnation of Zoo, from the original Black Ops, is the third remastered map in this new season.

There’s no cage that can hold you as you fight through bear pits and aquariums in Zoo, whose original version was part of Black Ops’ second DLC pack Escalation. Be sure to take a “ride” on the monorail to get an incredible vantage point on the action below, or head to the souvenir shop to dole out plenty of free pain to your enemies.

This will arrive in season.

Finally, the Flamethrower will be added as a Scorestreak - this will enter as a low-cost Scorestreak weapon.

As a ranged incendiary device, which is lost upon death, is shoots a steady stream of fire, immolating enemies within close range.

This will be available at launch and likely available the day before the new season starts. 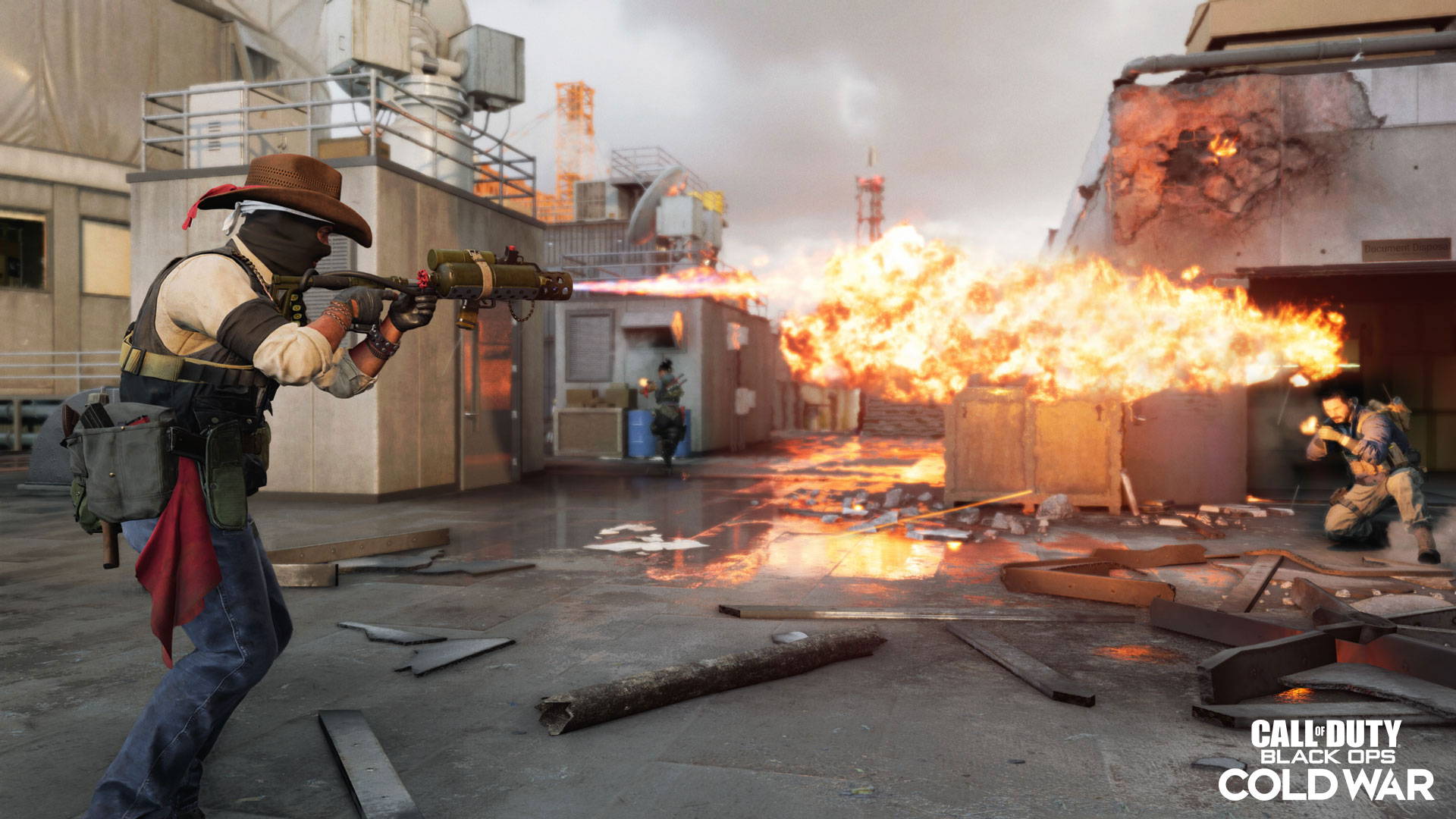 These new playlists will likely feature a 24/7 playlist to allow players to try out the new maps.

Double Agent is Call of Duty's twist on the G-Mod classic Trouble in Terrorist Town.

If you're not familiar, this multiplayer mode has a team tasked with a mission and agents who are there to covertly sabotage it. Communicate, investigate, and expose the traitors – or successfully wipe out the investigating team – to win.

With ten players in the lobby, you'll be assigned one of three roles:

This mode is available at launch.

At long last, this classic will finally return to Cold War.

The mode operates similarly to Search And Destroy, but with respawns enabled. The attacking team will need to plant and detonate both bomb sites to win, but they're up against the clock. Time is added on should the attacking team detonate a bomb site. To make things easier, all attacking players can plant the bomb.

The defending team simply needs to stop the attacking team from destroying both sites.

This mode will arrive during the season.

Many leakers and community members are expecting the Vanguard reveal to take place during Season 5 - 19th August is what we're expecting.

Plenty of info has been discovered as assets have been found in the game after the season 5 update.

The first is that the Japanese text in the teaser image translates to "Vanguard Coming". 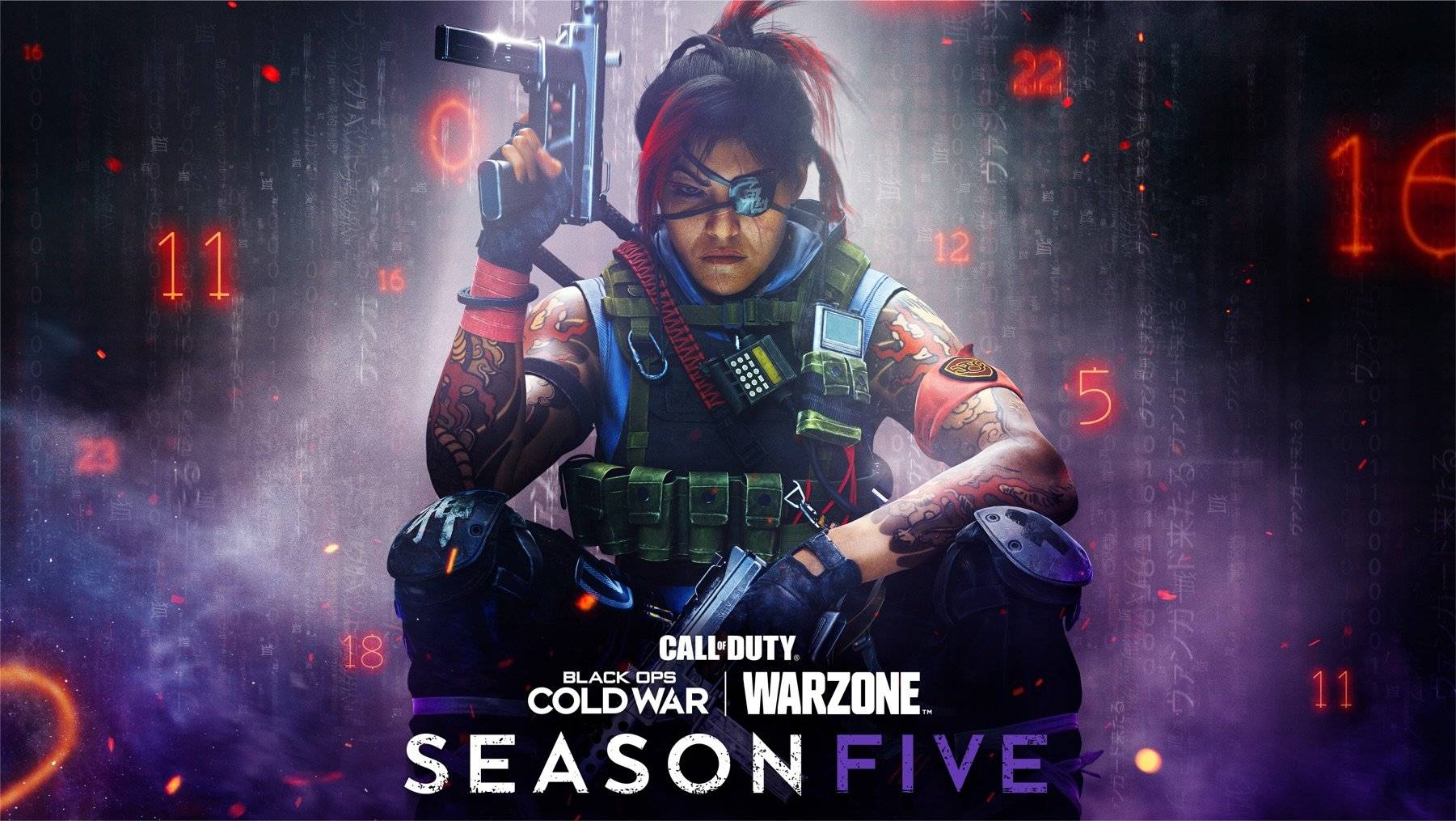