Call of Duty Vanguard and Warzone are coming to a close soon, as Modern Warfare 2 and Warzone 2 both look to shake up the gaming space.

With one last season in store for players, they've gone ahead and made some key map changes and additions to send the game off in the right direction.

Here's all the patch notes for Season 5 of Warzone/Vanguard. 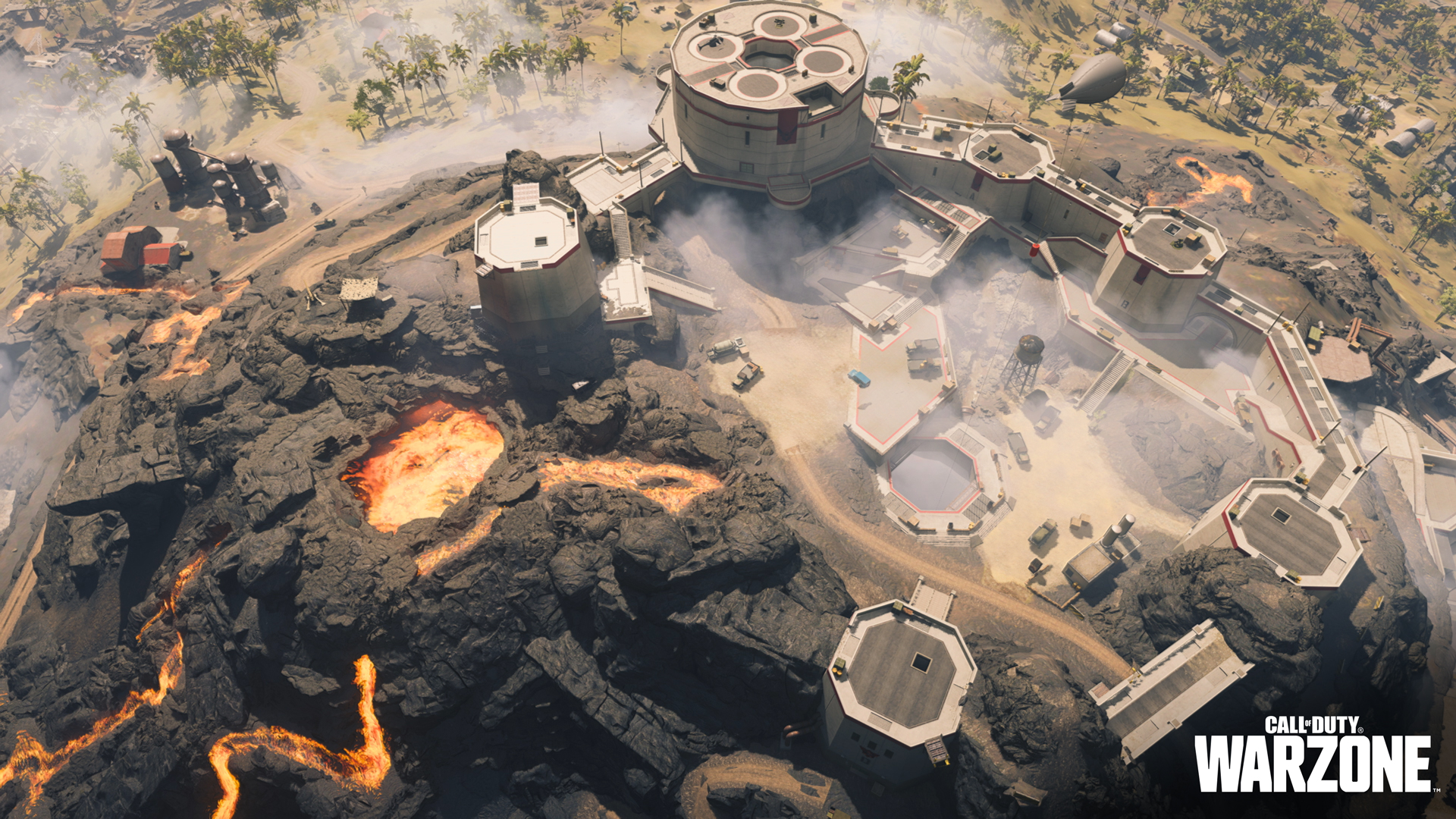 Beginning with Season Five, Operators will notice Caldera’s biggest new feature the moment they take off for deployment: The island’s Peak has been transformed by increasing volcanic activity. Lava flows down its slopes, hardening into molten rock, altering the mountain’s geography in several locations from the top to its base.

Save or Sabotage Caldera in Operation Last Call 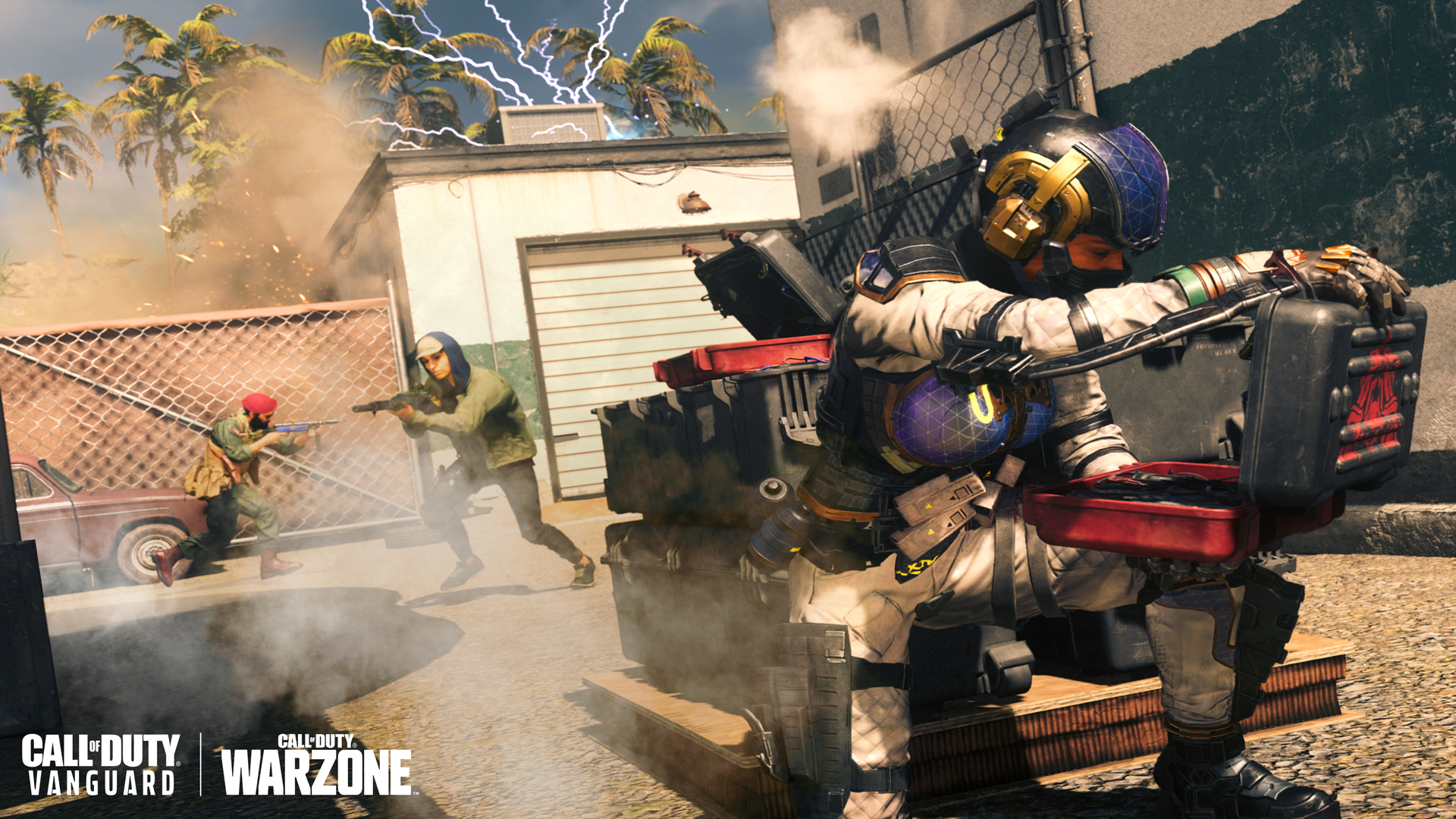 It’s not just the seismic activity threatening Caldera, but also the threat of willful detonation. Although Caldera is in no danger of being destroyed, the safety of the island rests in your hands in a Search and Destroy–inspired limited-time mode, available only on Caldera during Operation Last Call.

Utilizing the Resurgence ruleset and supporting 80 players divided into 20 teams of four, Last Call tasks squads with being the heroes or the villains by choosing to either defuse or detonate various bombs throughout the island.

Planting Bombs: Villains looking to wreak havoc on the island must hunt down the bombs and deliver them to designated Bomb Sites in order to prime them and begin the 60-second countdown. If the timer reaches zero before another player defuses the bomb…expect explosions in the vicinity!

Defusing Bombs: Foil the enemy’s plans by defusing their bombs before the countdown runs out. Discover Defuse Kits as ground loot by completing Contracts, our acquire them at certain Buy Stations to cut down the time required to defuse a bomb.

As bombs are detonated or defused, more will appear on the island. The first squad to either plant or defuse 10 bombs wins the match.

Lava RockPublic Event: Throughout Operation Last Call, the Lava Rock Public Event threatens Operators with fire and smoke. Watch out as superheated rock is hurled from the Peak to locations all over the island, blasting into the earth and releasing toxic fumes.

Volcano Activity: The Volcano Meter displayed during Operation Last Call indicates the intensity of the current volcanic activity. As bombs are detonated and the Lava Rock Public Event activates, the atmosphere will become increasingly smoke-filled and obscure. 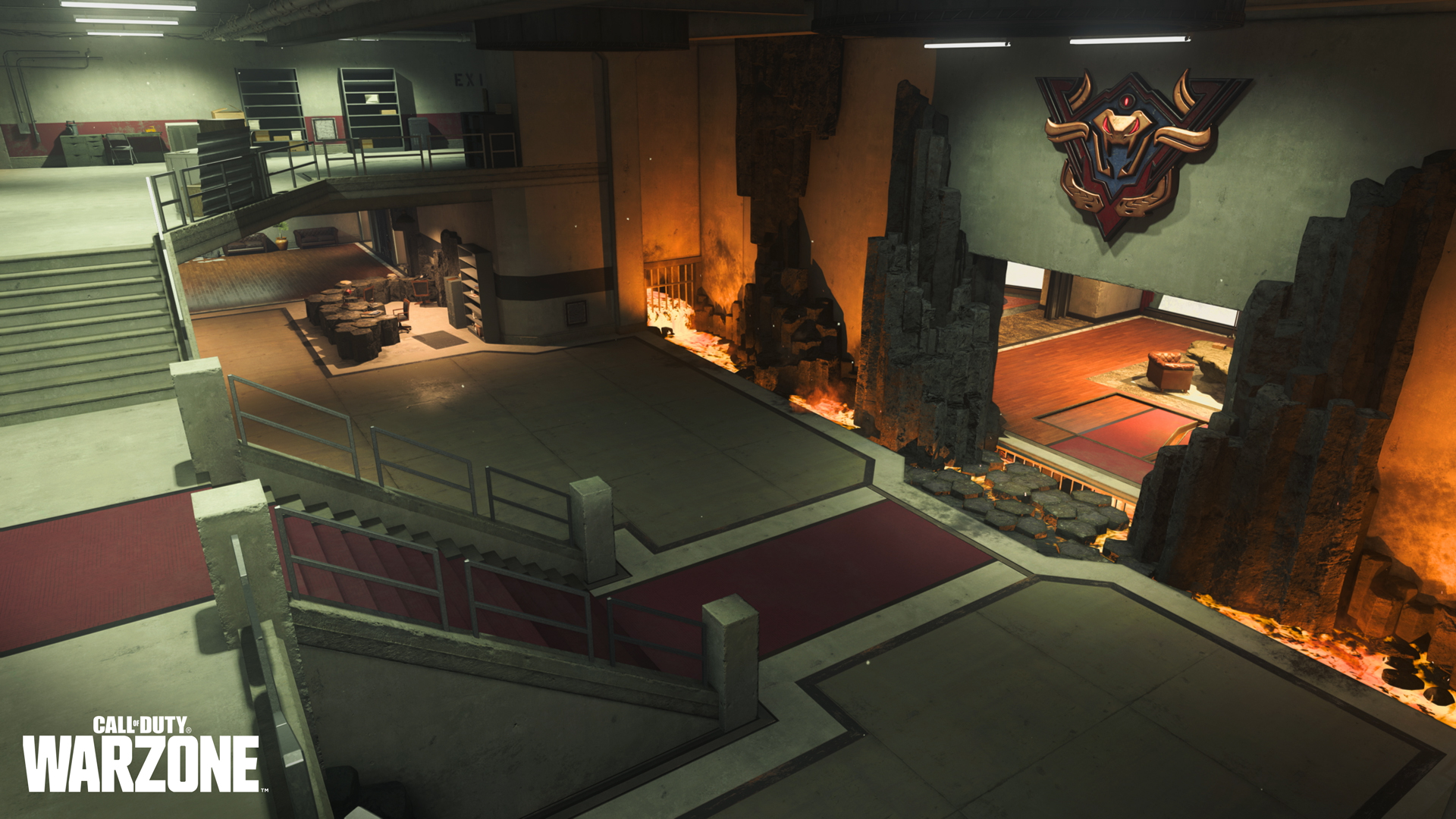 Earn points for your faction in the Heroes vs. Villains Community Event. Help your side in one of two ways: either by collecting Hero or Villain Tokens — you can’t choose both! — by eliminating opponents and scavenging Supply Boxes, or by defusing or detonating bombs in Operation Last Call.

The winning team’s Weapon Blueprint will be awarded to everyone, while players in the winning faction will also receive Battle Pass Tier Skips for their victory.

The entire playing community will earn additional rewards along the way for contributing faction points, such as the “Hero/Villain Insignia” Emblem, the “Chop Chop!!” Gesture, the “Heroes/Villains Mark” Charm, and the “Conflict Spike” Melee Weapon Blueprint.

Faction Bundle: Picking up a Hero or Villain Token activates a discount on the Faction Bundle at every Buy Station. Get your goods cheap and then find another Token for a new discount.

The Doomsday Station, Rage Serum, and Other New Items 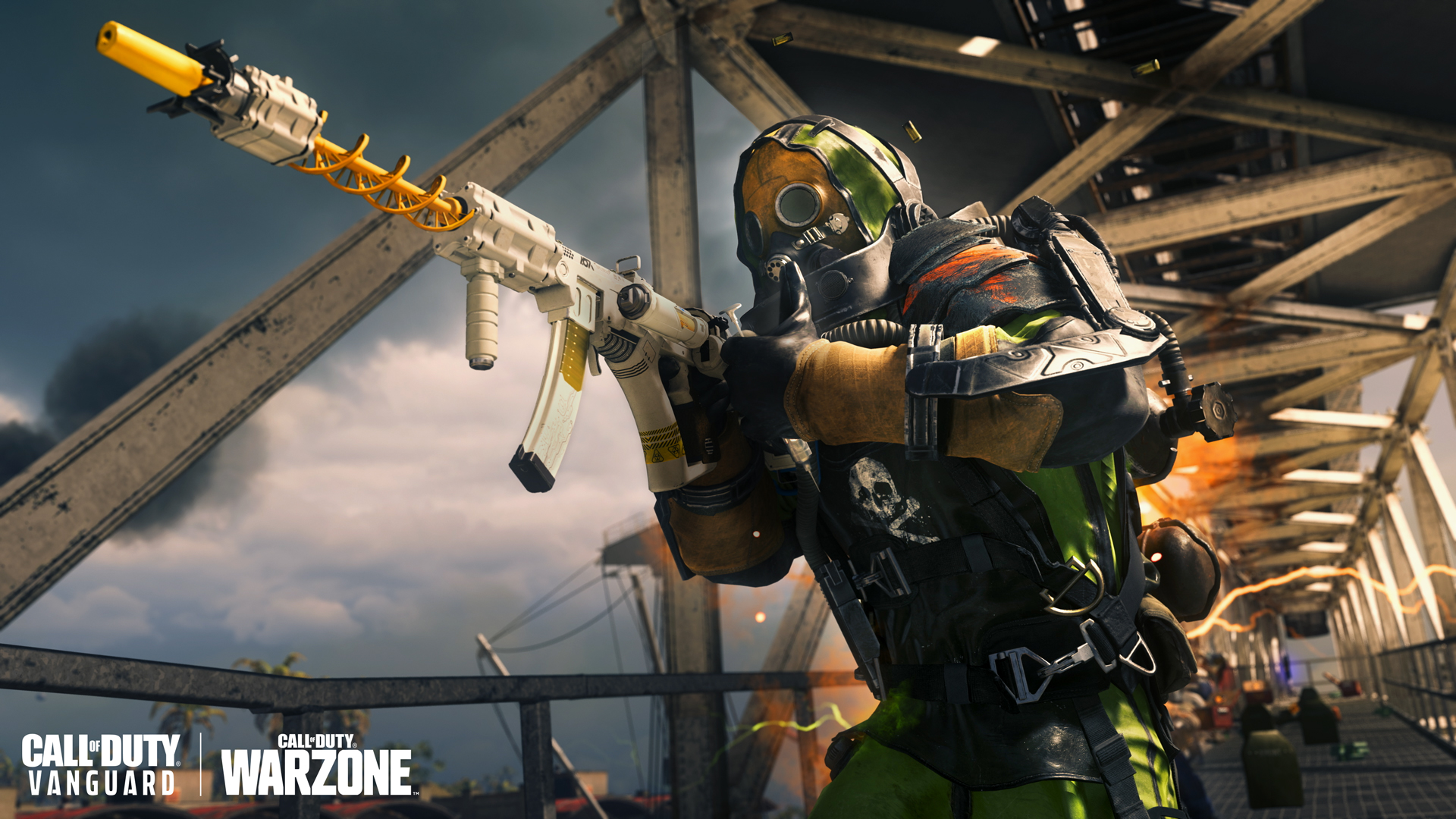 Doomsday Station: Found within the standard Battle Royale mode, the Doomsday Station offers Operators the chance to earn powerful loot…if they can survive the aftermath.

One Doomsday Station spawns per match. Activate the device — requiring a hefty $10,000 Cash fee — to begin the defense sequence, in which enemy soldiers descend from helicopters to attack your position. Stay close to the device as you fight off the intruders; survive and bask in the rewards of XP and loot.

Supply Box UAV: The clock is ticking and the gas is encroaching — who has time to go searching for Supply Boxes in every nook and cranny? Activate the new Supply Box UAV acquired via ground loot or a Buy Station to mark nearby unopened Supply Boxes on the Tac Map. The icons will fade after a brief moment, so get collecting.

Rage Serum: Sometimes it’s best to get up close and personal. The Rage Serum Field Upgrade functions similarly to the Stim Shot in that it’s an instant use item that immediately affects the Operator. Once the serum has been administered, you immediately gain the effects of increased movement speed, melee damage, melee lunge distance, and melee stun power. You’ll also emit louder footsteps and be more greatly affected by Stun and Flash Grenades, so close the gap and finish the job before they have the chance to defend. 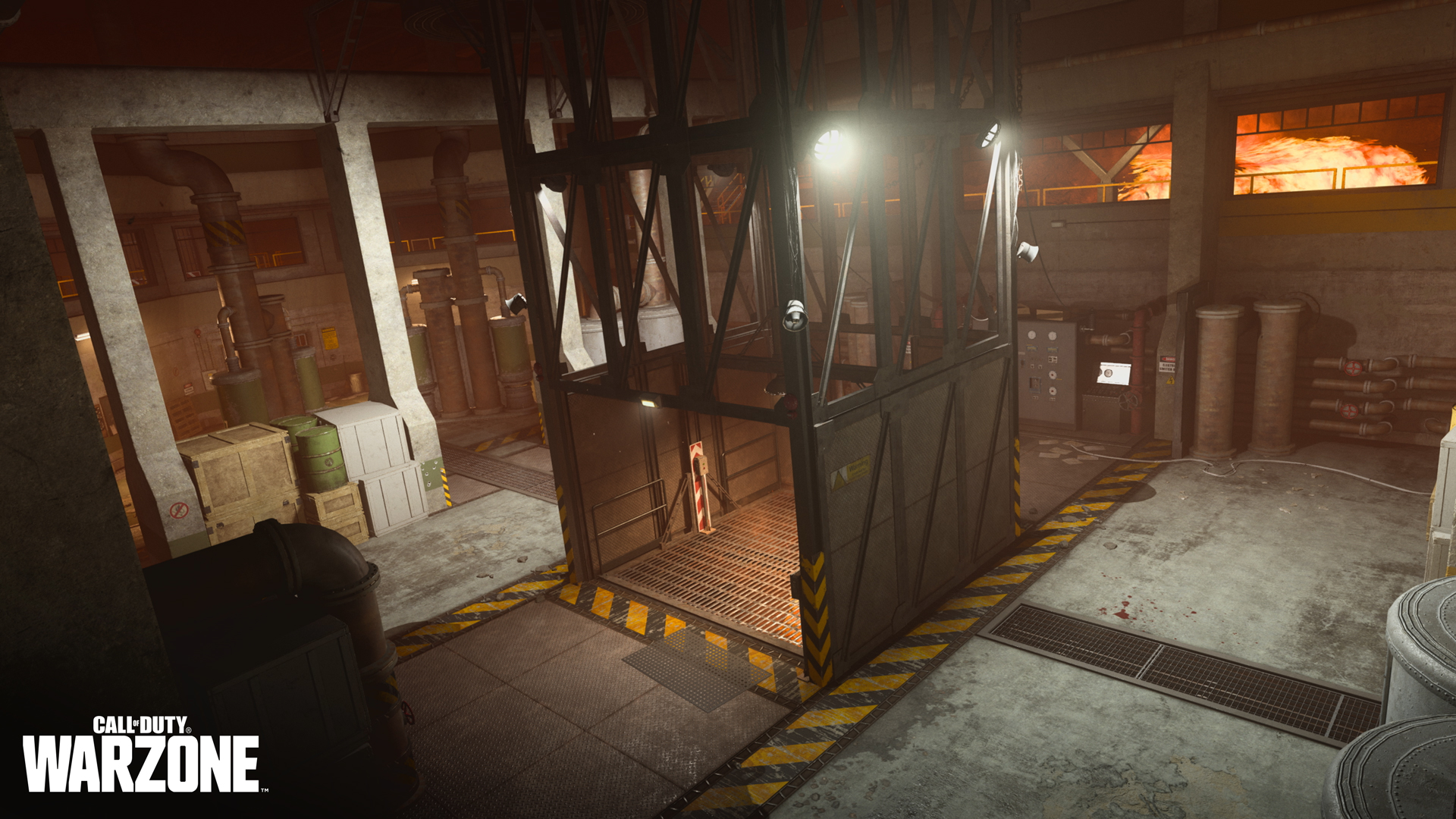 Get sent to the Gulag and you’ll have to battle your way out of the new Gulag to earn your deployment back into the match. A love letter to the original, the new Gulag will be immediately familiar to veteran Call of Duty: Warzone players who have been competing from the beginning.

Spectators watch from the balcony as the two contenders go at it below, weaving in and around the equipment and central cargo elevator. The two sides are nearly symmetrical, and you may enjoy a memory or two if you’re a veteran Call of Duty: Warzone player, so it’s all about player skill in determining who will deploy back into the match and who will be relegated to the dustbin of history. 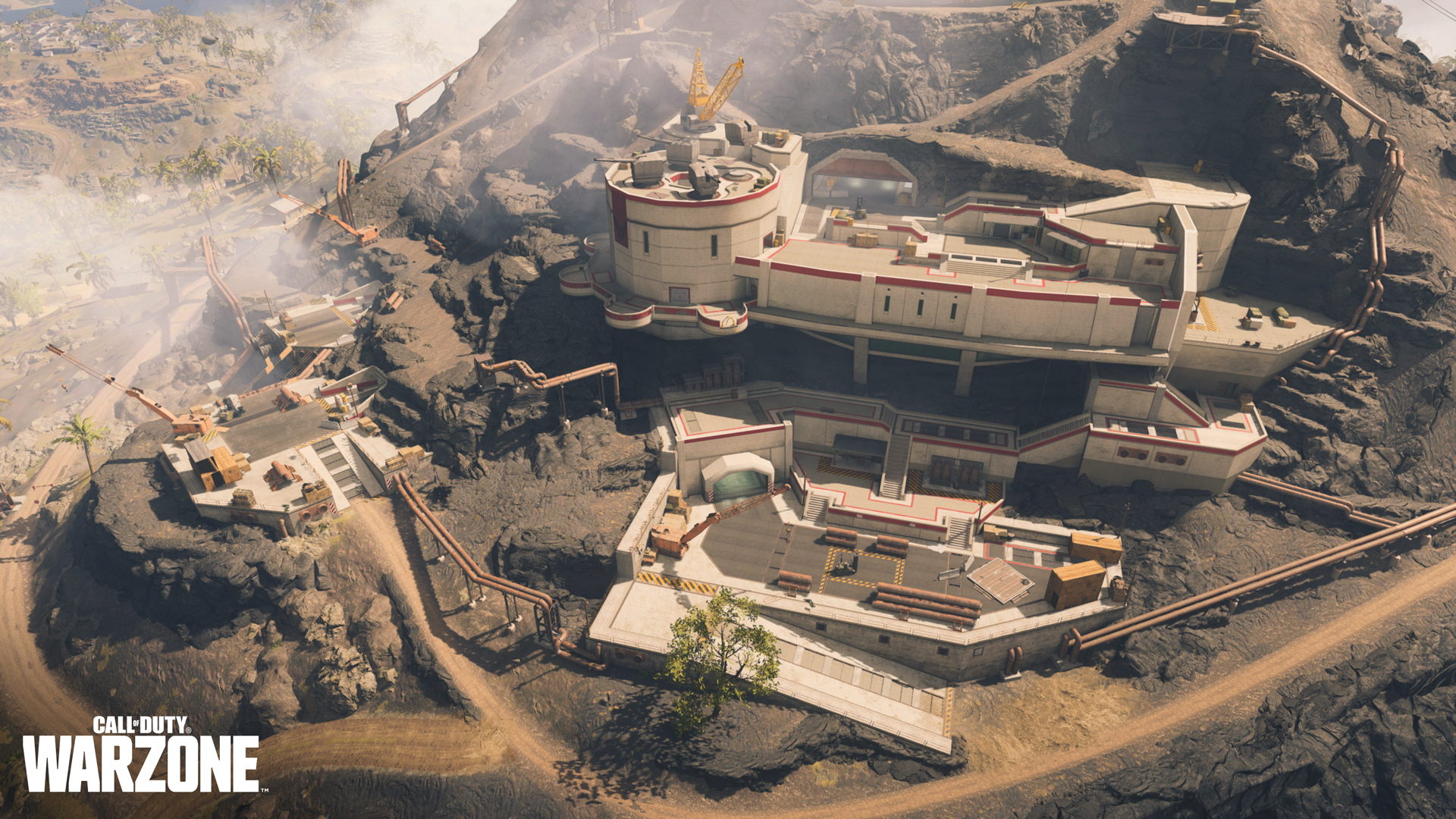 Caldera’s Peak may be rumbling, but the storm has cleared and the sun is shining through the clouds. On Rebirth Island, a lush sunset drapes the map in vibrant colors. Weather changes on both maps add new lighting to the topography and surrounding structures.