Vanguard is now being enjoyed many player around the world on a number of platforms and one weapon that is slowly becoming popular is the Automation.

With Vanguard releasing back in November, Warzone has now released it's second map, Caldera. The Pacific themed map is being loved by players and with this comes the implementation of all Vanguard weapons.

This Russian rifle, also known as the Fedorov Avtomat, is a select-fire, crew-served automatic rifle and also one of the world's first operational automatic rifles. Despite being majorly developed in the early 1900s, it saw little combat action in World War I and was mainly used in the Russian Civil War and Winter War; it was re-issued in 1940 for World War II.

This weapon is undoubtedly one of the strongest in the game thanks to its high accuracy and low recoil.

Here's the best loadout for the Automation in Call of Duty: Warzone.

With a staggering, 10 attachments to pick on your weapon, you're truly spoilt for choice.
When choosing your attachments, you'll want to consider what attachments will improve this weapon's weak areas and how you tend to play.
The Automation is a fantastic weapon straight out of the box and needs few attachments to compete with the likes of the STG-44.
It's mobile, has low levels of recoil and really packs a punch. Where it falls short at times is during sustained fire, the weapon will become more difficult to control at range.

I would go with the Machine Pistol as it's a fast firing, reliable option when you need a quick weapon swap.

However, since it's Warzone, we do thin using Overkill with an SMG is going to pay off in the long run!

This is always a preference call, but for me having a Frag Grenade available to follow up on any enemies that may have evaded me is always helpful. I also like running the Stun Grenades to try and catch enemies slacking when entering buildings.

Double Time grealty increases your movement speed around the map.

Overkill lets you take two primaries while Ghost keeps you hidden on the map, and Combat Scout pings enemies through walls if you're able to land a shot on them! 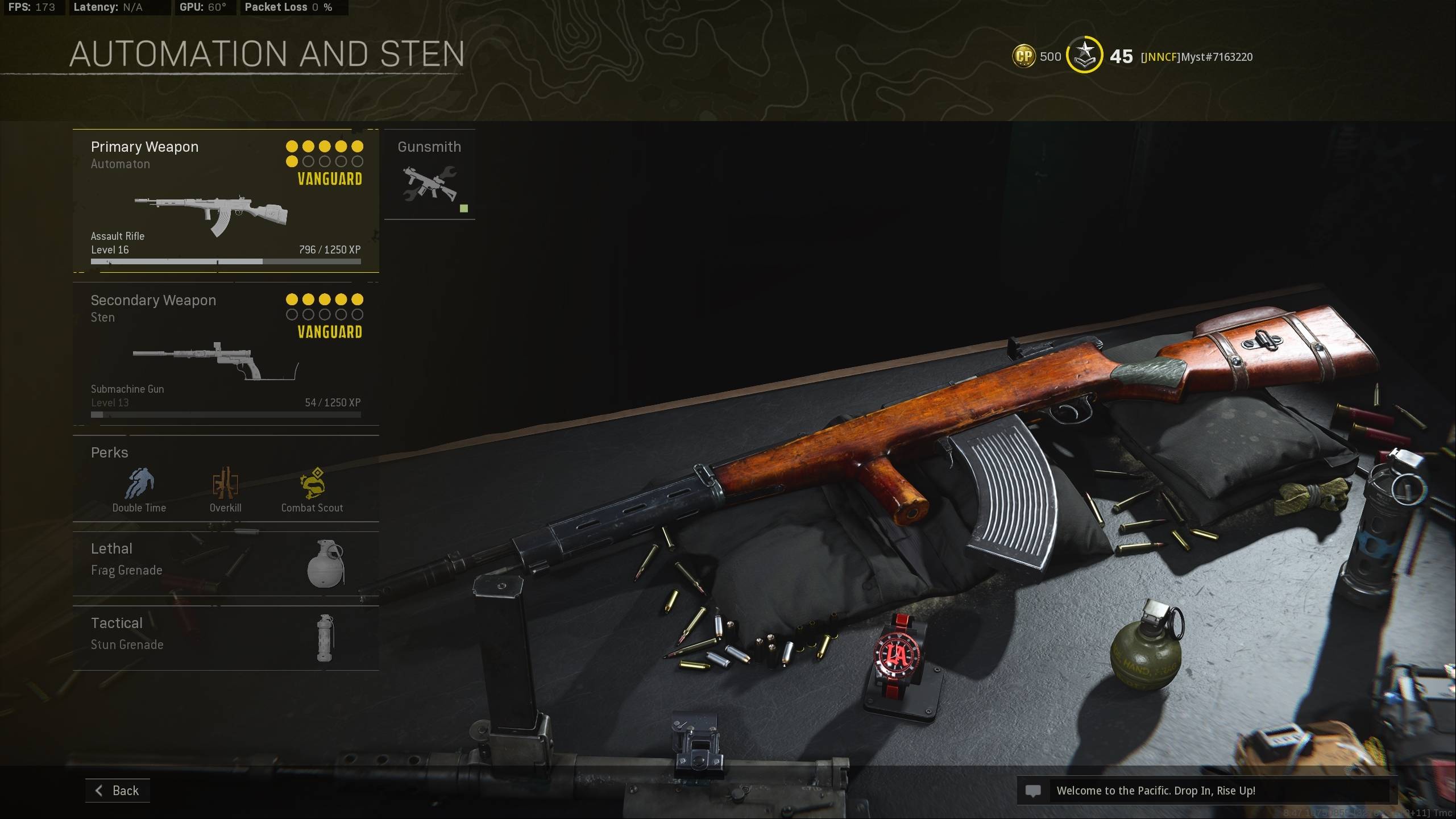