So, you've started up Far Cry 6 and your ambitions have outgrown your pocketbook. We know the feeling.

The game offers a ton of ways to spend your materials and pesos to upgrade your gear and gameplay. But funding these upgrades can quickly become exhaustive.

The good news? There are a few solid ways to alleviate your wallet's conundrum and earn enough pesos to liberate Yara once and for all. Here are the best ways to make money in Far Cry 6.

The best kind of pesos are the ones you don't work for. While this method does require some work, it largely takes place behind the scenes. Depending on how far you've gotten into the game, you've probably recruited at least one "leader”.

These leaders, along with recruits, can be sent out on Bandido operations. Every one of these missions earns you materials, cash, or a combination of the two for practically free — just send them out the mission and check back when they're done.

Each mission can last a few hours, after which you'll have access to their rewards. In order to pull them off, however, you'll need recruits and leaders. You can find recruits by saving civilians across Yara. You'll typically find them being escorted as prisoners and surrounded by soldiers. Liberating them will turn them to your cause.

Leaders, on the other hand, are a bit more tricky. They are earned by carrying out special missions. You'll get one leader just through the course of the first bit of the game, but you'll want to acquire more leaders as soon as possible to maximize your earnings.

Luckily there are also two solid leaders you can pick up near the start of the game. You can find a Rank 4 mission called Wing And A Prayer just to the right of Bandoleros Mountain in the Valle De Oro region. By completing the mission, you'll unlock both Marisol and Isabela. The two of them have some unique stats worth noting:

Big Papi is another solid leader, and can be found not too long after Marison and Isabel. He is found on Duende Island, which looks more like a peninsula than an island when looking at the map. The island is located on the far eastern side of Yara, just to the right and above Barrial. He has some of the most stellar stats in the game:

Each operation has side objectives that a leader's skills can affect. You also pick different routes for each step, with each one having different costs and rewards, as well as attunements to different skills. For instance, setting up a roadblock may be buffed by a leader's skills, but also require an investment of material.

In order to start a Bandido operation, you'll need to access a Bandido board. There are three to find in El Este, Valle De Oro, and Madrugada. You can only do a set number of operations at a time, and they won't reset right away — you'll need to wait in between missions. Luckily, there is something else you can do while you wait to earn some serious pesos.

These days, it seems that nearly every game has fishing. But few reward the player quite as lucratively as Far Cry 6. That is, if you are hunting bull sharks. Just above the bridge to Duende Island — as well as in the bay above Concepción — there is a nest of bull sharks. They will spawn nearly any time you are around the area.

While sharks may seem like an adversary you shouldn’t mess with, the reality in Far Cry 6 is just the opposite. If you pick the Duende Island bull shark location, you can safely stand on the beach while taking out the fish. You can use a mix of automatic weapons and explosives to finish them off.

The amount of sharks you'll see when going to either location can vary, but on average you should see at least five. Killing that many and then flipping their meat will earn you 1,000 pesos. Considering this method can be done on a near constant basis, this is by far one of the best ways to earn money when you need it in Far Cry 6. 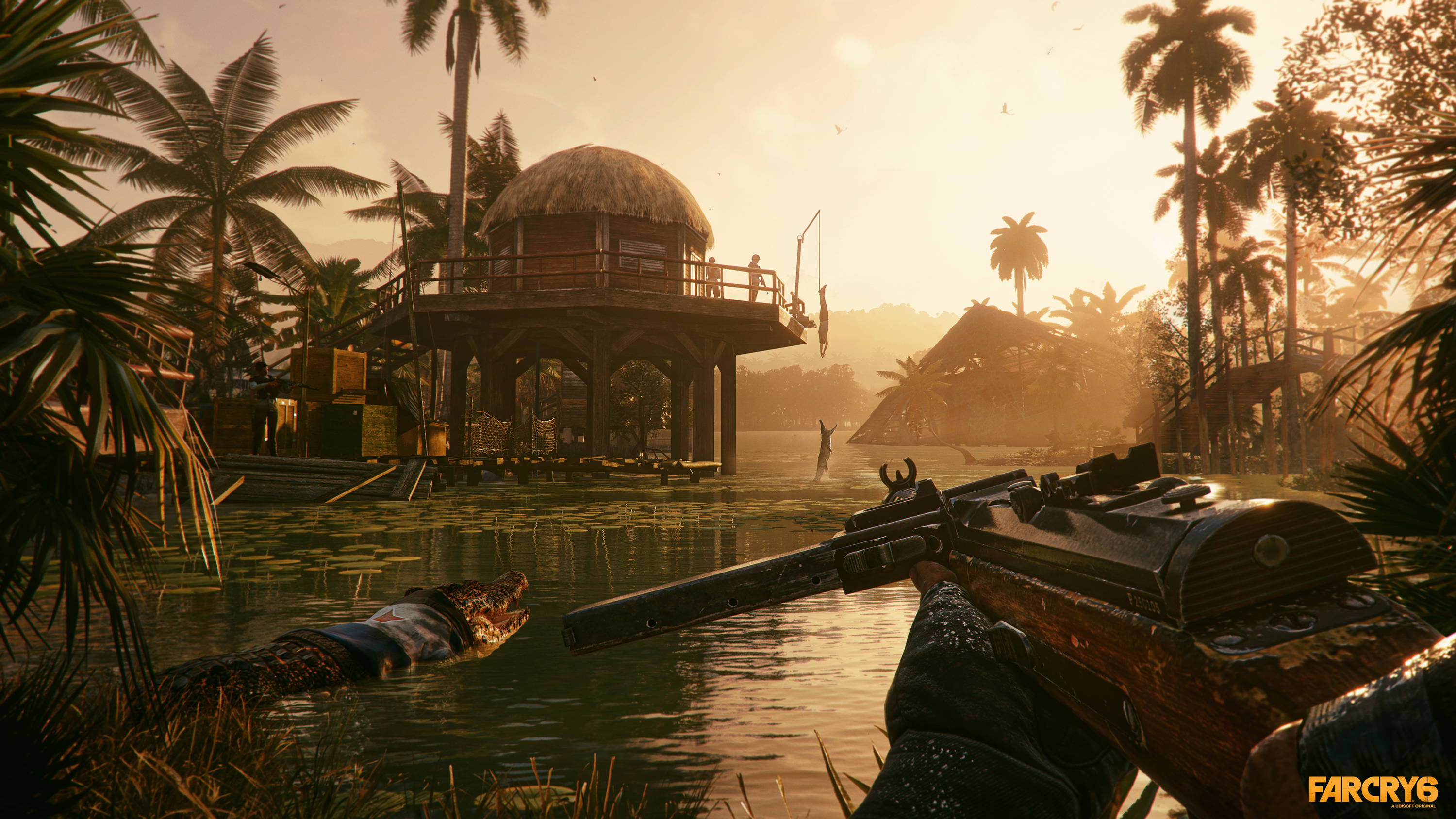