Fortnite has now released its new season, and with the premier of Chapter 3 Season 3, players have a whole new map to experience.

One aspect that's remained in the game for quite some time is the Exotic and Mythic weapons that players can find throughout the map.

In previous seasons, players would need to defeat certain NPCs around the map in order to obtain them. now the process has been made much easier!

Now, most Mythic or Exotic weapons besides Spider-Man's Web Shooter will be obtained via exchanging Gold Bars for the weapon/item.

However, with Season 4's release, this has been scaled back a decent bit, and we know have a bit less to work with.

There's currently five other Exotic/Mythic weapons players can get around the map and they all have different locations.

Below is a rundown of where they'll spawn! 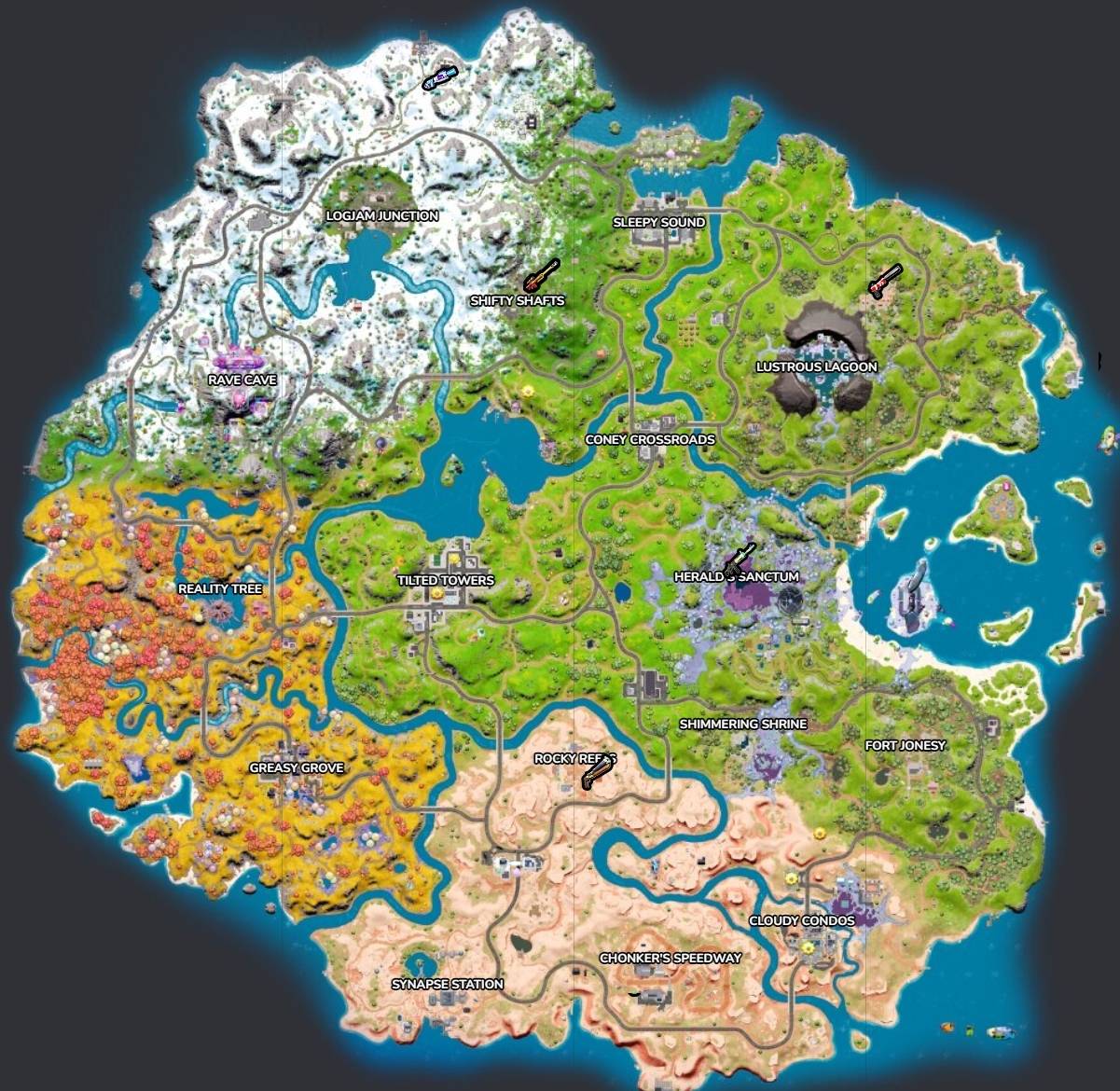