All My Hero Academia Skins In Fortnite Chapter 4 Season 1

Fortnite has now released its new season, and with the premier of Chapter 4 Season 1, and players are diving into the brand new content.

With all this, comes new skins within the battle pass, along with other teased skins that'll come later in the season.

One of these is Deku from My Hero Academia, and we're going to runover all the MHA skins within Fortnite!

All My Hero Academia Skins In Fortnite Chapter 4 Season 1

Deku is one of the most beloved characters within the anime universe, and this beloved hero has been rumored to appear within Fortnite for quite some time, and is now going to be getting his own skin.

Furthermore, other main characters from the show have recieved skins for the first release of the partnership between the two.

Now, it's been officially confirmed that the following characters will be within the game, and we're going to list prices below.

YOU TOO CAN BE A HERO

Four Heroes from My Hero Academia land in the Fortnite Item Shop on December 16, 2022, at 7 AM ET:IZUKU MIDORIYA 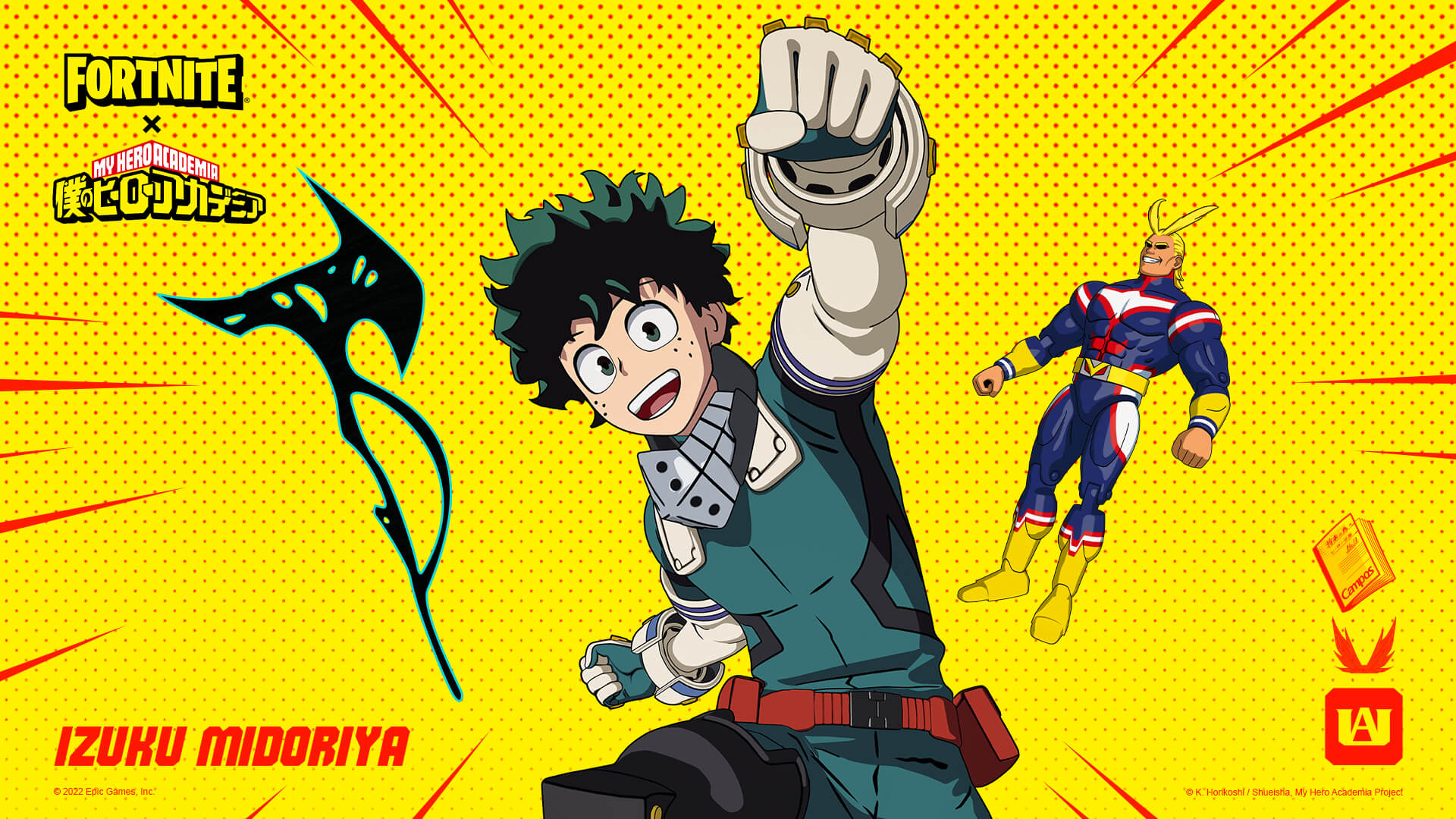 Thanks to All Might, Izuku Midoriya discovered that he had what it takes to be a hero and inherited the One For All Quirk. Currently enrolled in the Hero Course at U.A. High School, Midoriya is on his way to becoming the greatest Hero who saves people with a smile. Using Midoriya’s built-in transformation Emote, go Full Cowl to switch to his alt Style.
Included with the Izuku Midoriya Outfit is the All Might Collectible Back Bling. A reactive Back Bling, this All Might figurine will cheer you on to victory with each elimination you get. Another accessory matching Midoriya is the Blackwhip Axe Pickaxe.ALL MIGHT 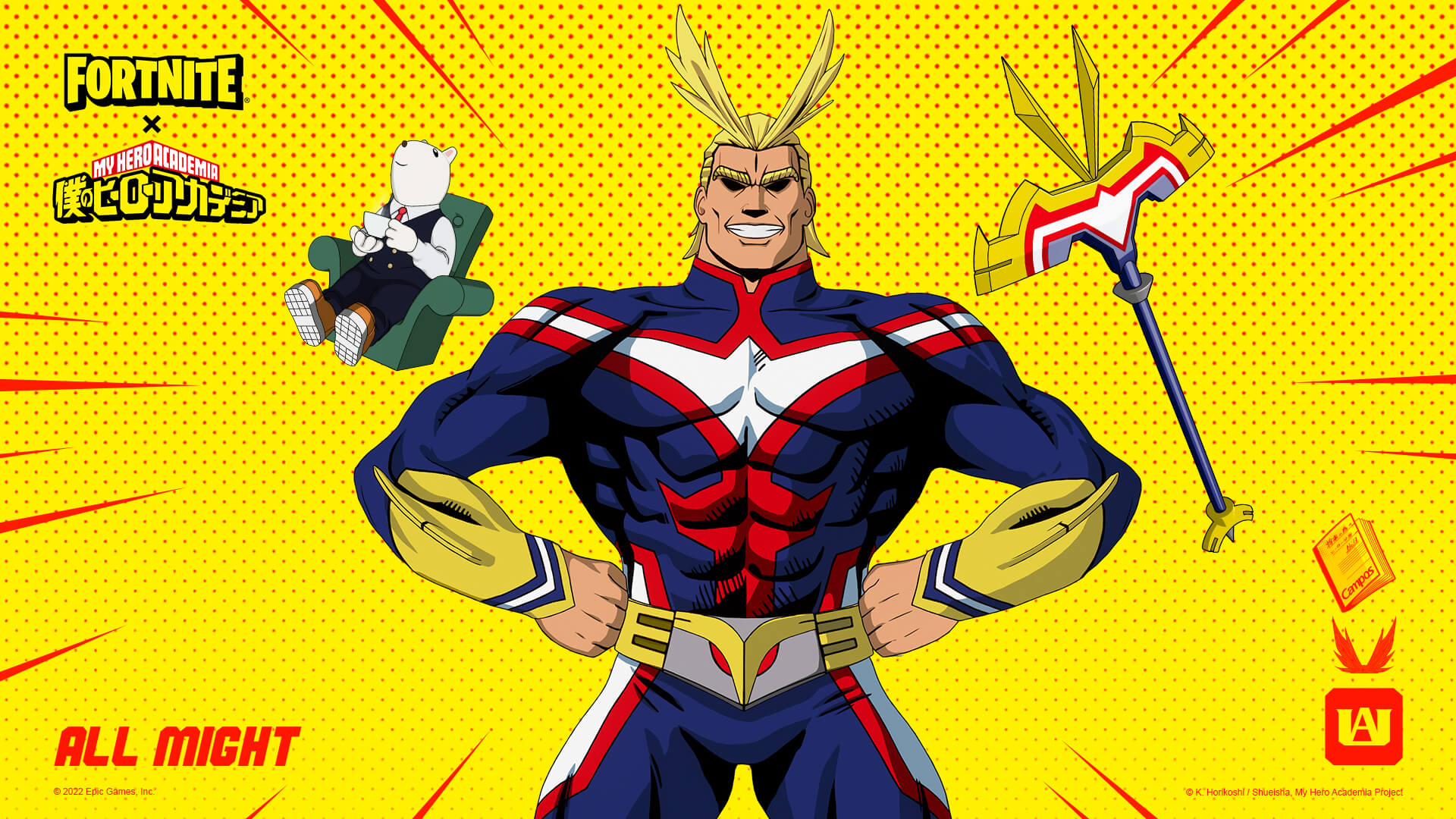 Known as The Symbol of Peace and Midoriya’s mentor, All Might is here! Unleash your inner power and transform from his normal looking persona to Pro-Hero, by using the All Might Outfit’s built-in transformation Emote. Also, an impossible journey doesn’t feel so bad with the Principal Nezu Back Bling included with All Might! Another accessory that matches this Outfit is the All Smite Pickaxe.KATSUKI BAKUGO 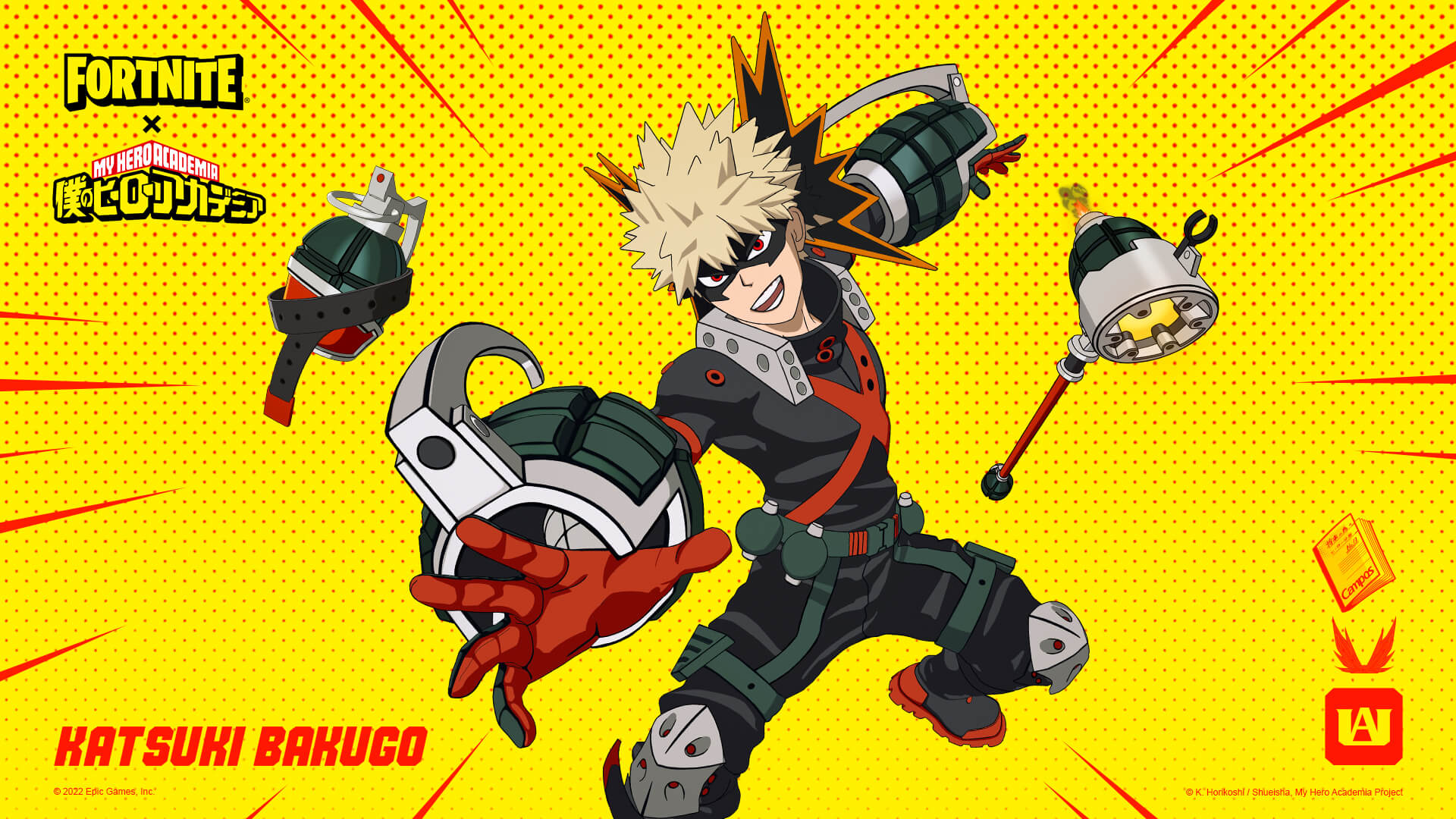 Midoriya’s childhood friend, fellow U.A. classmate, and rival, Katsuki Bakugo also aims to be the greatest Hero and is naturally talented in combat and battle skills. Dress for every season with his Hero Alt Style. Included with the Outfit is the Grenade Backpack Back Bling, perfect for battle. The Cluster Buster Pickaxe is another accessory that matches Bakugo.OCHACO URARAKA 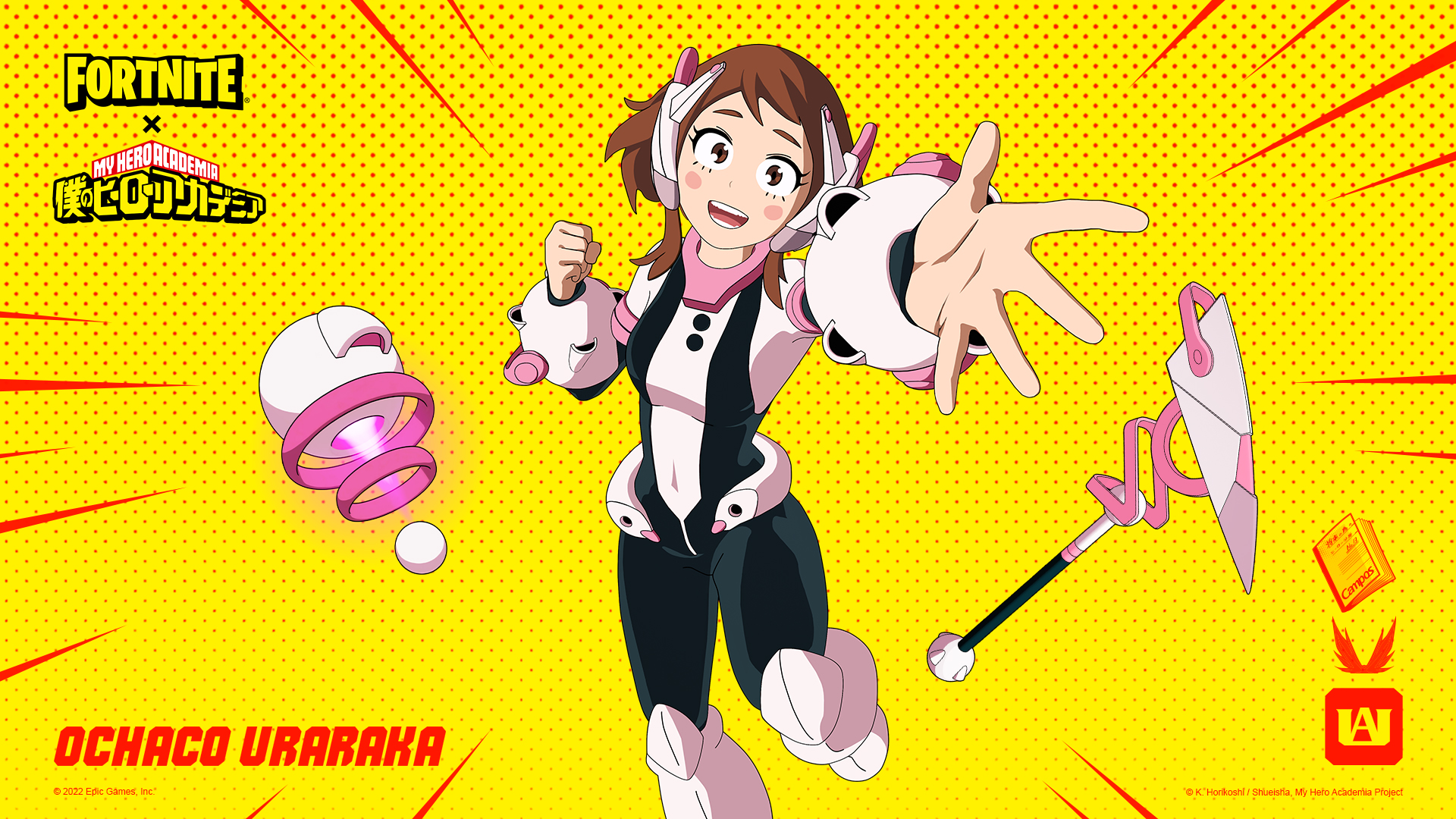 Giving up isn’t an option for Ochaco Uraraka. She’s a student in Class 1-A at U.A. High School and aims to be a Hero who can save not only citizens, but other Heroes as well. Need a lift? Included with this Outfit is the Uravity Booster Back Bling. The Uravity Smasher Pickaxe is another accessory matching Uraraka.