If you’ve downloaded and have access to League’s PBE server, now would be a great time to preview some of the changes they have planned for the 2022 preseason before it goes live in mid November. Riot already outlined most of what we can expect in their latest season 12 game update, which you can read by clicking HERE, but keep reading on for a TLDR of everything you’ll want to know.

The past few years have seen some rather big changes and overhauls to the way objectives play out on the Rift, but season 12 is relatively light as the only changes we get are the addition of two new Dragons. Different from their elemental cousins, we now have a Chemtech Drake that grants bonus damage against enemies with more current health than you, and a Hextech Drake that grants attack speed and ability haste to the team that slays it.

That all sounds cool, but what the real strategy change comes from the terrain that forms after they’re killed. The Chemtech Drake spawns four “gas zones” in the jungle that provide camouflage (only revealed by Control Wards and other similar effects) when standing in it. And then there’s the Hextech Drake that spawns a pair of connecting portals from one end of the map to the other that when channeled, will transport the player across it.

A Little Help When Behind

In an attempt to give teams that have fallen behind a fighting chance (and perhaps to discourage early surrender votes), “objective bounties” will soon be implemented. The idea here is that when a team is sufficiently behind (calculated by XP lead, gold lead, Dragon lead, and turret lead) a bounty notification will appear on the map for all players. If the behind team is successfully able to clear said bounty (Baron, Dragon, turrets, etc) then all players on that team will be rewarded with extra gold ranging from 250g - 500g depending on the objective. The gold amount will increase depending on how further behind the team becomes, so definitely keep that in mind when planning how to make a comeback in your games.

It wouldn’t be a new League season without some new and reworked items, and season 12 is no different. There are quite a few additions and changes here, so definitely be sure to check out Riot’s preseason update for the full list. The first items that you should review however are definitely the new Mythic items that look to fill gaps from what’s currently available.

Crown Of The Shattered Queen is a new Mythic for AP champions that reduces incoming damage by 50% by 1.5 seconds after taking damage. This item is mainly for champions that have enough offensive options but are looking for something more of the defensive end to help them fend off assassins or in scenarios where you just need more survivability tools.

Evenshroud is going to be the new tanky support item for champions like Leona, Nautilus, or Alistar that likes to go all-in with their crowd control abilities. After immobilizing a champion or being immobilized, Evenshroud will increase the damage the target and nearby enemies take by 12% for 5 seconds.

The Return of Klepto? 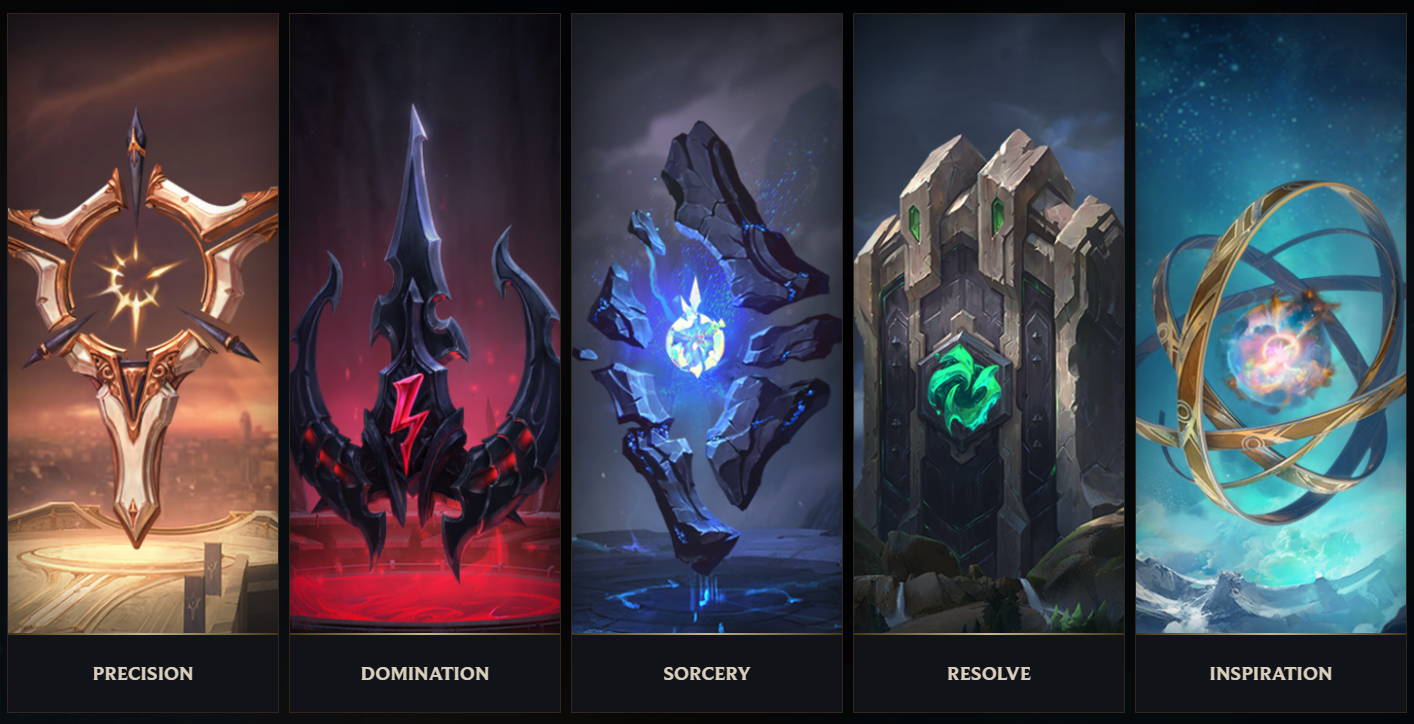 Last but not least we have some Rune changes to Lethal Tempo and Glacial Augment while the new First Strike joins the list of Keystones.

Lethal Tempo loses its ability to stack indefinitely, but now every strike at an enemy champion increases attack speed for 6 seconds - stacking up to 6 times. When at full stacks, your champion gains additional attack range and a new attack speed cap of 3.0.

Glacial Augment now no longer needs an immobilizing item to activate, but will now shoot 3 rays that create frost zones that slow enemies by 40% and reduce damage to your allies by 15%.

And then there’s the new First Strike that reads “damaging an enemy champion with an attack or ability before they do so grants 5 gold and First Strike for 3 seconds, causing your attacks or abilities to deal 12% extra damage against champions, and granting 100% (70% for ranged units) of that damage dealt as gold.” If you think this Keystone sounds a lot like the now removed Kleptomancy that spared tons of controversy and balance problems - you’d probably be right. Any item or effect that provides an increase in gold income has always been notorious powerful (especially in competitive play), but First Strike having a duration to it and some conditions before being activated hopefully means there’s less chances for champions like Ezreal and Gangplank to abuse it.