New World has finally been released. Along with souls-like combat and extensive crafting, it also features a robust faction system that not only affects combat but every other facet of the game as well. Control of settlements and territories is just as important to PvP as actual encounters are, perhaps even more so.

Here’s what you need to know about settlements and territories in New World, and how you can best take advantage of their perks.

After playing through the game's opening sequence, you'll be placed on a beach in one of the game's multiple starting areas. Opening the map, you'll see that it is sectioned into several zones, each with a settlement in the middle. These zones are called territories. Each one is designed for a certain level range, with the starter area suitable for players at levels one through 25.

While performing quests, mining resources, crafting, or doing pretty much anything productive in a territory, you'll gain territory standing. With each level of territory standing, you'll unlock different perks such as a 5% increase to resource gathering speed. You're able to upgrade your perks as well, and they can quickly add up. It's best to invest your points into only one or two perks at a time to maximize their benefit. 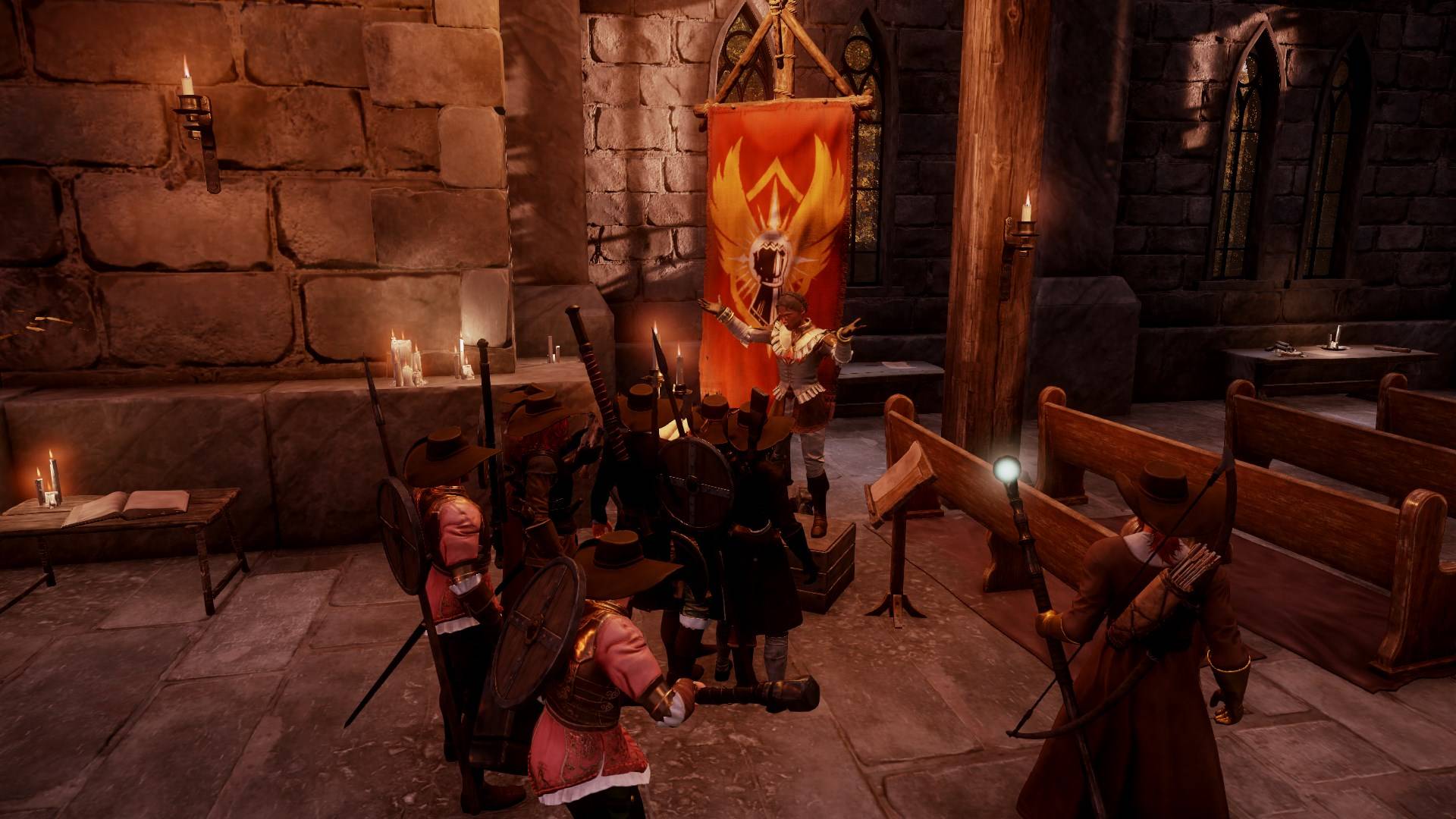 Settlements are the small towns and villages usually located near the center of a territory. Settlements serve as a literal hub of these zones — they’re where you'll find crafting stations, the market, and inns.

Zooming in on the map, you'll be able to see how a settlement is laid out. While completing the first few quests, the game will walk you through finding different areas of your starter settlement and what each one does. Here's a brief overview of what you can expect to find in a settlement:

Keep in mind that you can only recall (fast travel) once every hour. After that, you'll need to pay Azoth — a rare resource gathered at a trickle over gameplay — to do so. You can also just die to respawn at the settlement, provided you're willing to pay the cost of repairing your gear. 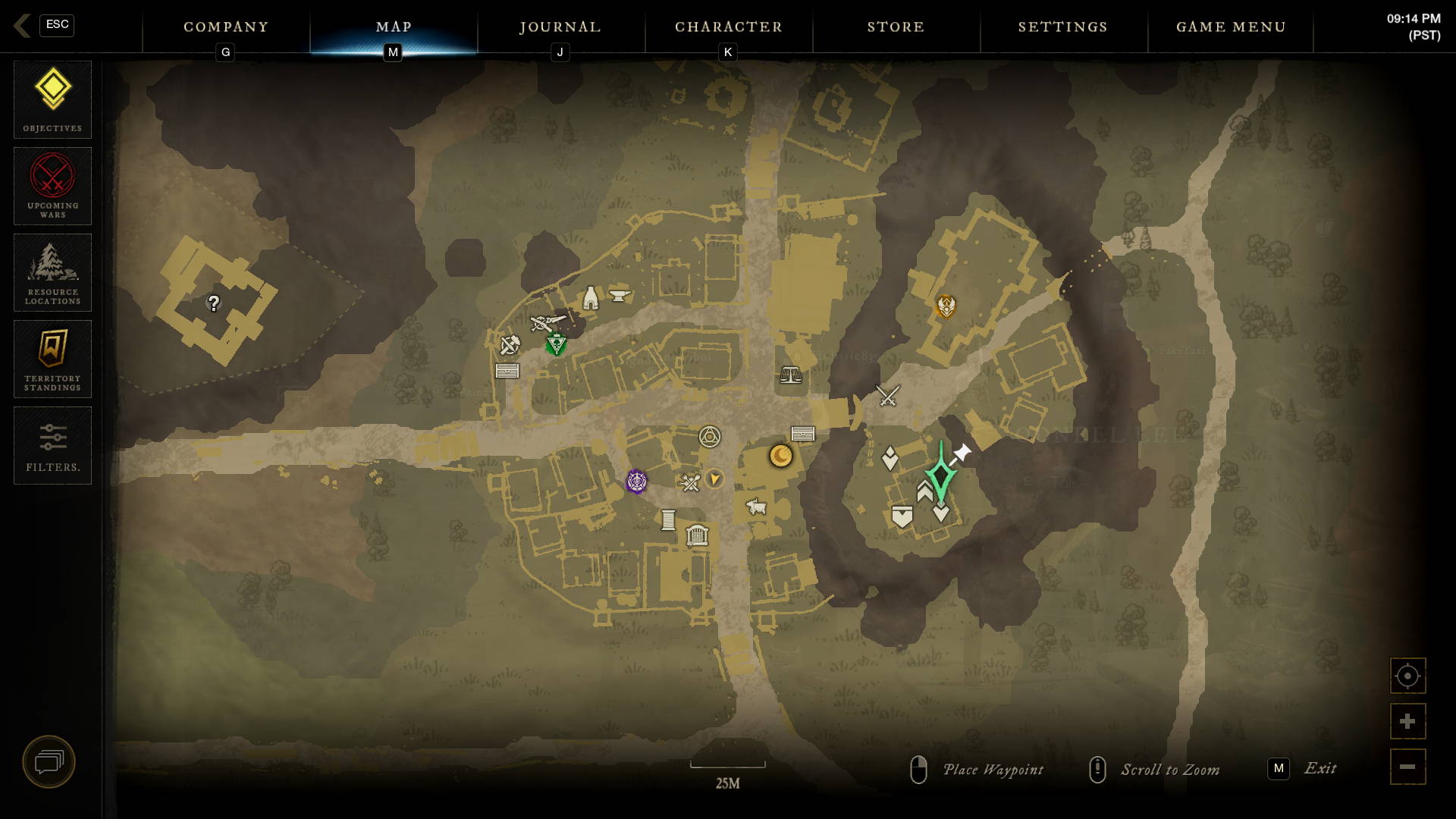 Settlements have town project boards where their company can post territory-wide quests. The more players that participate in a town project, the more likely it is to be successful. These projects typically revolve around upgrading a town's infrastructure, such as its crafting stations or trading posts. Upgrading a crafting station unlocks higher-level recipes.

Completing town projects also nets players a large chunk of experience points and is a great way to grind out levels. Purchasing a home in a settlement also rewards you with lifestyle bonuses. Lifestyle bonuses are selected by a town's company and provide long-lasting buffs to residents.

If you do buy a home in a town, you’ll be able to craft furniture for it at the Workshop. However, keep in mind that each town has a property tax rate, and you'll need to pay the weekly tax to the controlling company in order to keep your house and lifestyle bonuses. 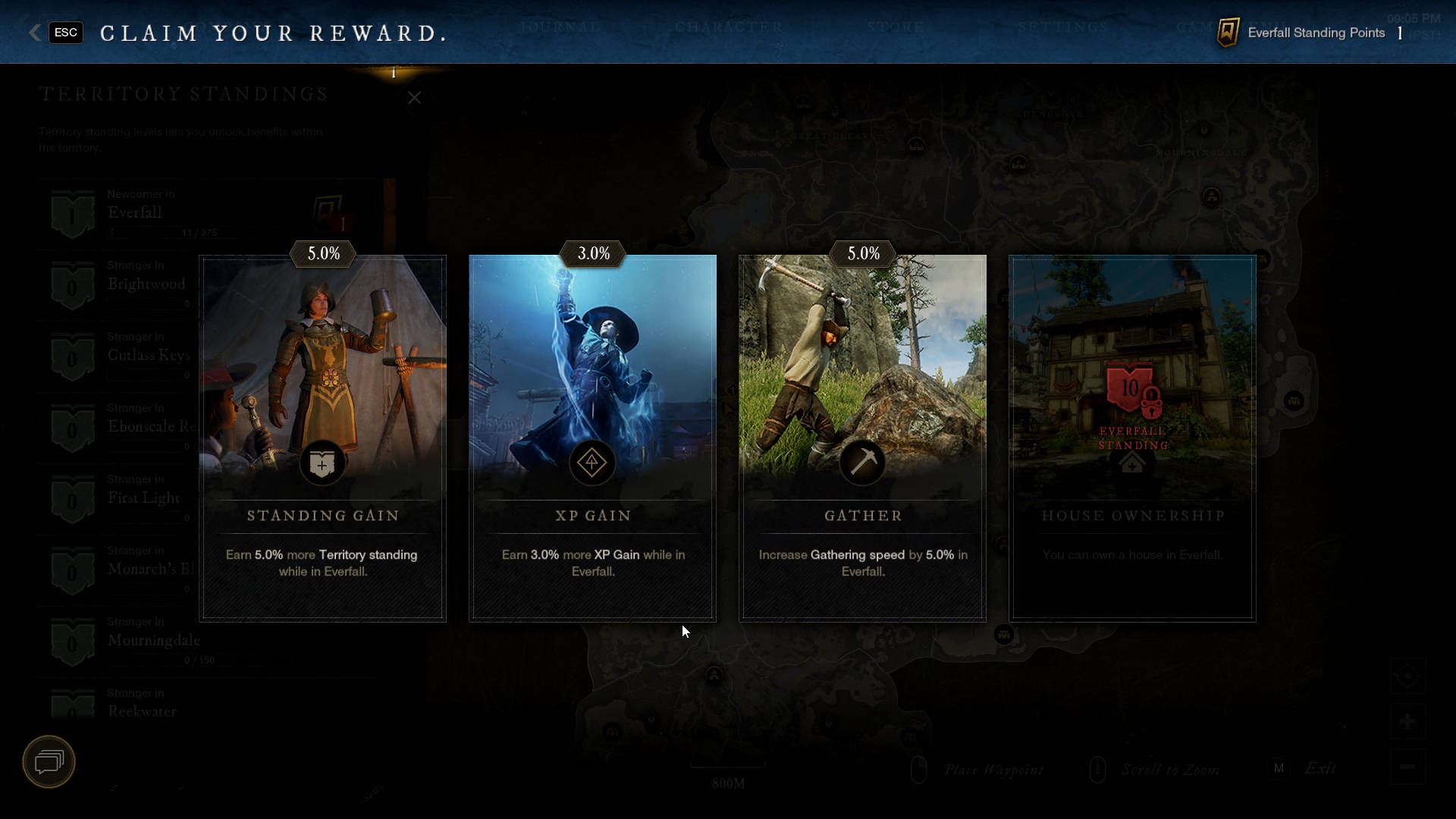