New World's Public Test Realm is a fantastic place for players to test out some of the changes in the works for New World.

With May apporaching, they've gone ahead and added some content to the PTR in order for fans to check out!

Here's all that may be coming to New World.

Step into the Arena and test yourself against other combatants! 3v3 Arenas are a new small-scale PvP game mode where teams of 3 can face off for fame, glory, and riches (plus a few unique housing items)!

Each Arena match is a “Best of 5” contest. Fight to be the first team to win 3 rounds and secure the match for your team. Rounds are 2 minutes long, but if the battle lingers, a deadly ring of fire will push players to the center of the arena, forcing combatants to engage or die!

Players level 20 and above can queue for 3v3 Arenas by opening the Modes menu, allowing on-demand PvP gameplay from anywhere in Aeternum. If players need a brief introduction to what the Arena is, they can speak to the fight promoter Maximus Marcellus in Everfall.

Players can earn both of these currency types by engaging in PvP related activities, such as War, Outpost Rush, 3v3 Arenas, PvP Missions, PvP Open World kills, and fort captures. Bonus Azoth Salt will also be granted for earning XP while flagged for PvP!

Work your way up the rewards track by earning PvP XP. At each of the three notches, three rewards will be drawn from the pool where you get to select and purchase one of the offered using your Azoth Salt.

When you get to the third notch, where the best rewards can also be found, you will be ready to level up! This will either happen automatically on purchase of your third reward or a manually selected option. If choosing to purchase less than the maximum 3 rewards you will be given some compensatory salt to add to your balance for next time around.

With each track rotation, your PvP Rank will rise by 1. Hitting rank milestones will see more exclusive reward content unlocked as well as granting you achievements and titles. So... you better get PvP’ing!

In this PTR cycle we'll be trying out a handful of combat changes in a few different areas. We're updating equip load bonuses to bring heavy-armor healers in line with other builds, adding a small delay to stamina regen after a dodge, and finally making some sweeping changes to bow movement and firing options with the aim of smoothing out the gameplay experience. Check out the full notes to see all the specifics for these changes and more. 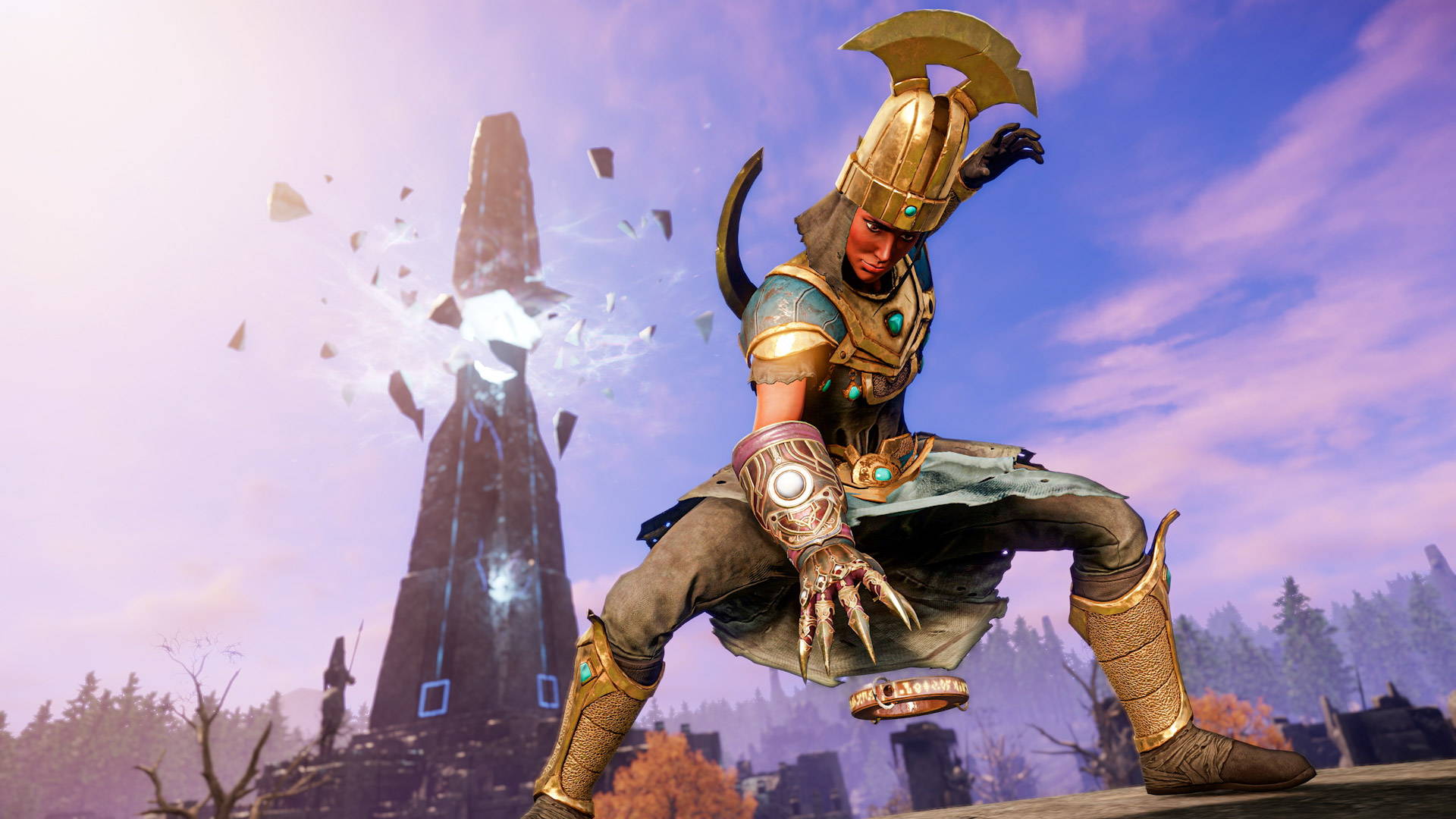 Return to the Depths and face a brand new challenge for end-game rewards! The Depths is now part of the weekly Expedition Mutator rotation. In addition, 3 new mutation types have been added to the pool, for a total of 27 new combinations:

Continue the story of the the Varangian Knights and their conquest for power. Players will encounter four new Varangian enemies in this episode: the Crusher, Spearman, Hound, and Mage. The Episode 2 starting quest is granted by Abigail Rose, just outside a new Varangian camp at Sorcerers Delve in Everfall. Recommended for players level 25-30.

The player’s selected pronoun will now be reflected in in chat! For instance, when using an emote, the preferred pronoun will be considered and displayed.

Of course, that’s not all! You can review all of the upcoming changes for this patch by checking out the full PTR notes, shared within the PTR sub-forum.