While playing New World, you've probably picked up armor and weapons which have some sockets on them. Players can affix different gems into these sockets to get big buffs for their items, just like in other RPGs and MMOs. However, getting gems isn't as simple as digging them up out of the ground. In this guide, we’ll explain how to find gems, refine them, and use them to augment your gear.

Where To Get Gems

Finding gems is much like discovering any other resource in New World: pick any direction and walk. The key is, there are no gem nodes. Instead, they have a chance to drop with the mining of ores. Silver, iron, gold, platinum, Starmetal, and orichalcum all have a chance to drop a gemstone when mined. Silver and iron have the best chance of producing them.

You'll probably run into veins of silver and iron while doing your normal questing around Aeternum. Just in case you're having trouble finding the goods, here are two solid locations depending on where you started the game:

If you’re having trouble finding any gemstones, the Starmetal Miner's Charm can help. When you craft with it, the resulting item will have a modifier that increases your mining luck. Mining luck directly relates to finding gems.

Keep in mind, however, that this charm is hard to come by. If you really want one, you're probably best off buying it at the market. Current player data suggests that it's mostly dropped from dungeon enemies Level 36 and up.

When you find gems from mining, you'll actually receive their unrefined version. They'll need to be refined before they can be used, and we’ll cover more on that later.

Each Gemstone comes in four different rarities, with the superior versions giving better stats. The four tiers are Flawed, Normal, Brilliant, and Pristine. Each gem offers a different stat boost depending on whether it's used in a weapon or armor piece. Some gems also scale with a certain stat or with the weapon's base stat — the gem will use whichever is higher. Here are all the gems you can currently find and their stats at the flawed level:

Topaz: Weapons have 20% of their damage converted to Lightning, with the damage scaling based on INT. Armor receives 2% Lightning damage absorption.

Where To Get Soul Motes

So you've found a gem that works for you, now you'll have to refine it. This part requires your mining or harvesting skill to be at least level 50. You may have seen odd rock outcroppings that are on fire, are spewing electricity, feature obsidian-like stones, or have plants acting strange on them. These rocks and plants, when gathered, give you motes. Every gemstone requires a different mote to refine.

All motes can be found with either skill and it's entirely up to you which method you use. We've found plant cutting to be more reliable, given that other players seem more likely to pass up a plant than a mining node. 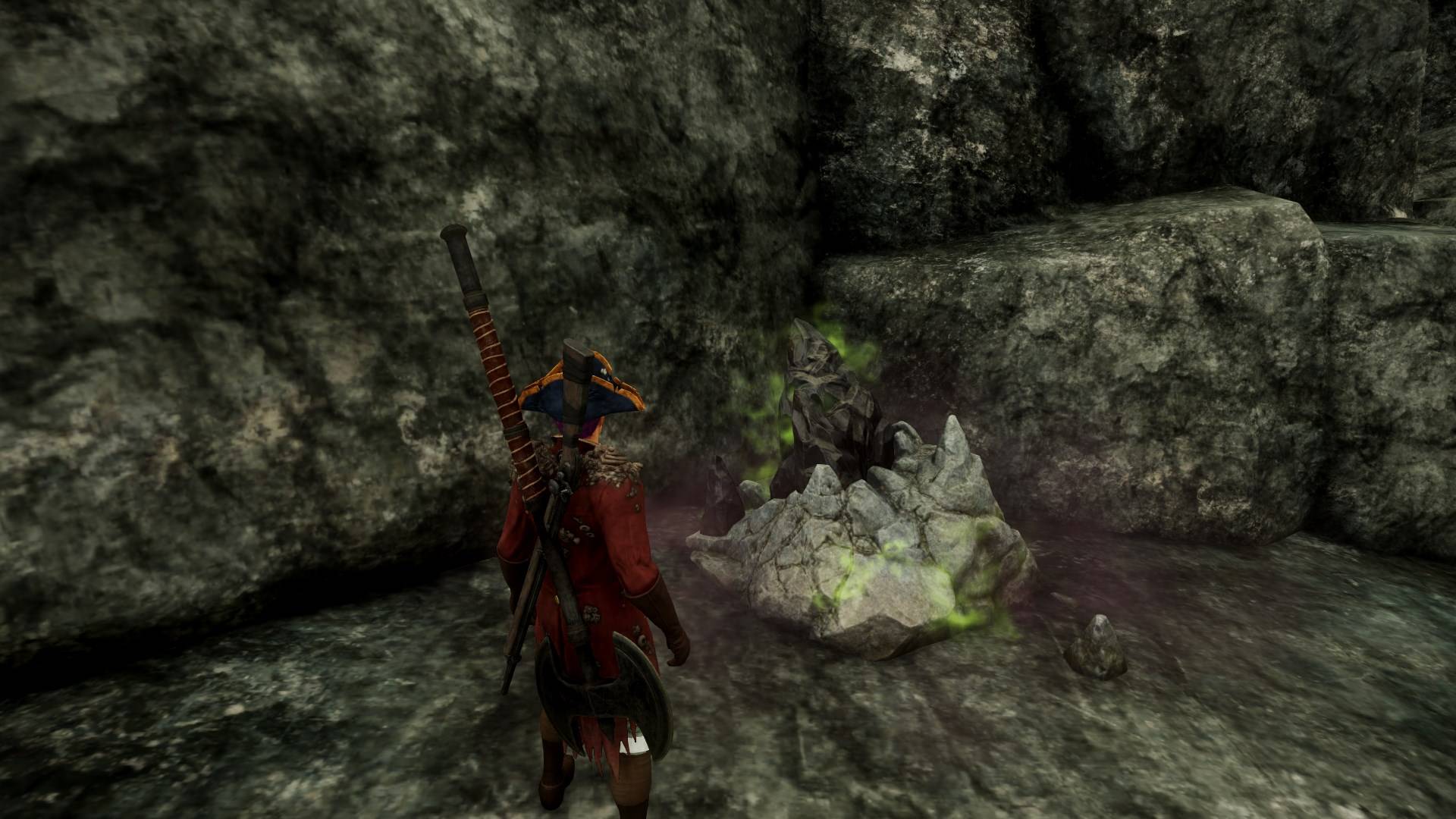 After you have a few motes gathered, you can head over to the Stonecutting Table to refine the gemstone. You'll need multiple motes for every gemstone. You can cut Flawed gems from the outset, Normal at 21, Brilliant at 36, and Pristine at 51.

After that, you won't need to take them over to another crafting table. Instead, simply click and drag them over to the armor piece or weapon you wish to affix them to. The item will need to have a socket, of course. Socketed items can be found as drops or crafted if you are lucky. Keep in mind that there is no way to unsocket a gem, so use them wisely! 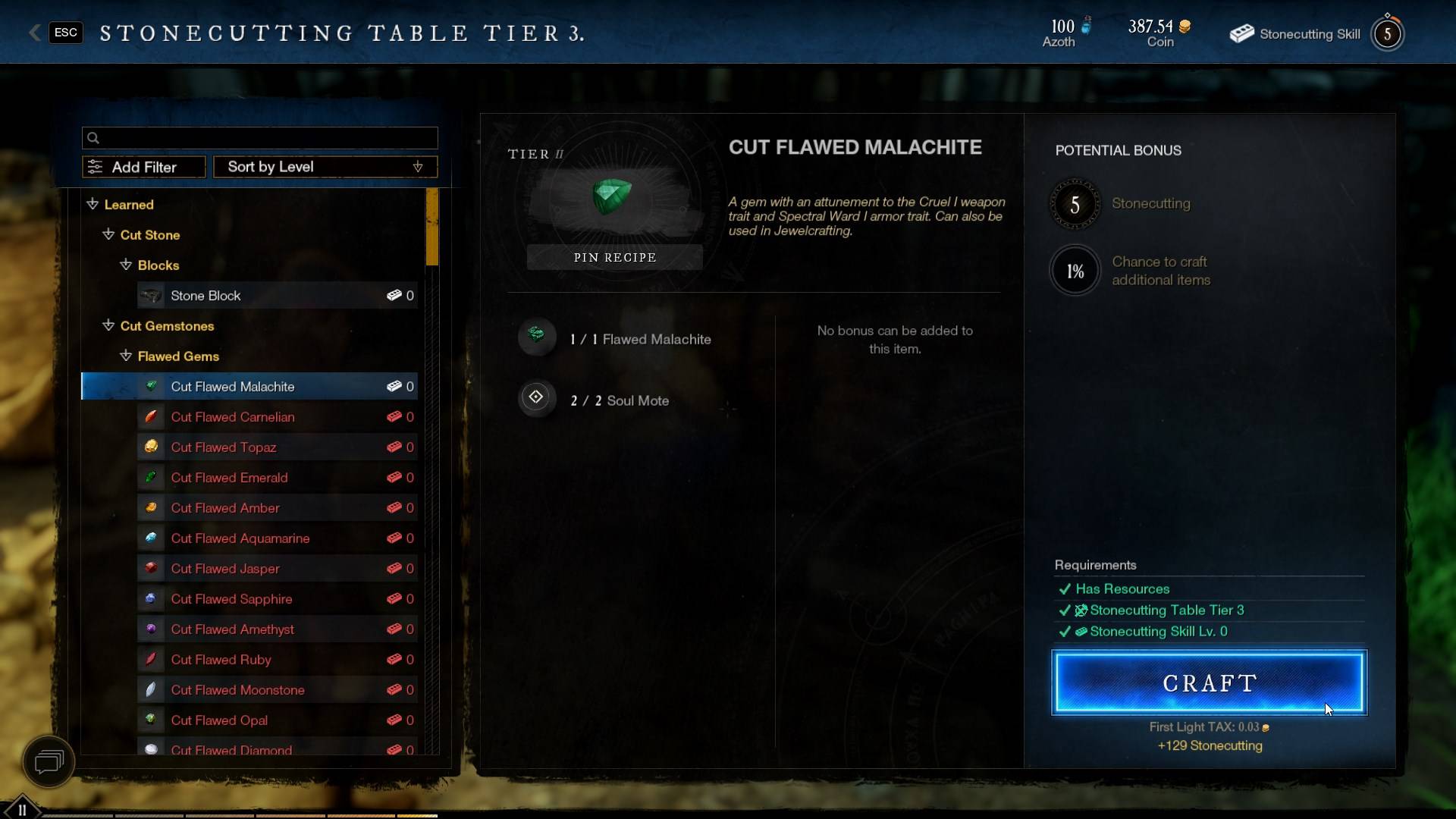