We're less than a month away from Rainbow Six Siege's new season, and we've finally gotten a look at what to expect. Ubisoft hosted a livestream filled with details on the new operator, map tweaks, and balancing changes coming to Year 6 Season 3, otherwise known as Crystal Guard.

Here's what we know about Crystal Guard, the new Operator, and when it's all releasing.

Crystal Guard is set to be released on September 6, and there's no sign of any delays on the horizon.

For more check out the full bug fix list here.

The latest Operator has been lurking in the shadows of Nighthaven for some time and is finally ready to make her debut. Osa is in charge of the group's research and development team known as quantum concepts and robotics. As a result, she’s responsible for creating the equipment used by many other Operators. Now she's bringing her own unique gadget to the scene: the Talon-8 shield.

The Talon-8 shield is a transparent, bulletproof shield that Osa can deploy in windows, doors, or on the floor. She can also carry it and, unlike other shields, have her head completely protected from the front. The see-through shield allows both her and her enemies to see through it. However, Osa's side has the added advantage of a pressurized canister attached to the rear. Shooting this canister instantly breaks the shield.

Enemies can destroy the Talon-8 shield using explosives like C4, and can also shatter the glass to obscure vision through it. The shield can also be deployed while rappelling, allowing for some unique plays as an attacker.

As for Osa herself, she has both medium speed and attacker armor. Her loadout includes a 556XI rifle, a PDW9 SMG, and a PMM pistol. Her gadgets include smoke grenades and claymores, which, paired with her shield, can be used to completely lock down rooms.

Instead of focusing on big changes for one map, Ubisoft opted to spread out some precise tweaks across three maps. These include Bank, Clubhouse and Coastline.

This season features an explosion of colors in a kaleidoscopic pattern. Acquire the Holographic Bundle to become a visual masterpiece.

The weapon skin will be released at season launch and is available for purchase throughout the season. Once unlocked, it remains in your inventory indefinitely and can be applied to all available weapons. 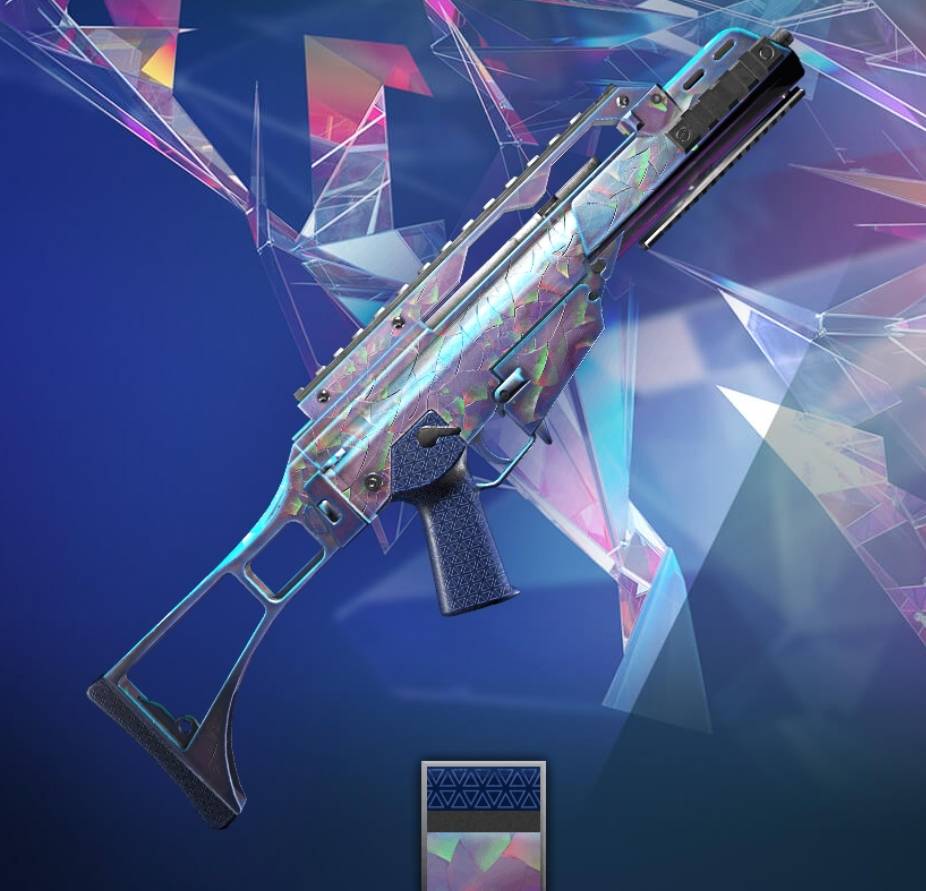 Just because Ubisoft added a new Operator doesn't mean they aren't paying attention to their old ones. A bunch of the existing crew are being reworked, but t three are getting some special attention:

IQ: Smart Ping — IQ players will now be able to use the smart ping system for anything detected with her electric field detector. Things such as enemy gadgets can be pinged from IQ's detector and will appear for teammates as well. IQ players will be able to see traced outlines of objects before pinging them as well, allowing them to pick and choose what they deem important to share with teammates.

Fuze: Better Charges at a Cost — Fuze will be able to deploy his charges on reinforced surfaces. However, using charges on these walls will give it a longer delay and give the defenders a heads up. It will also spawn a fuse tube through the other side of a surface that defenders can shoot to disable the charge. Using these enhanced fuses will require some forward thinking in Crystal Guard.

Twitch: Custom Drone Changes — Right now, Twitch starts the preparation phase by using her custom drone. With Crystal Guard, Twitch will now start rounds with the standard drone. Her custom drone will also be able to jump, just like the drones of other operators. It's also been equipped with a laser that has an infinite range, making it much more versatile.

Mute - The area of effect for Mute's Signal Disruptor is now spherical instead of cylindrical, and the device lights up when active.

Five Operators will see their prices adjusted during Crystal Guard, starting with Maverick and Clash, whose prices are set to go down to 10,000 Renown or 240 R6 Credits. Next, is Amaru and Goyo, with a lowered price of 15,000 Renown or 360 R6 Credits. Last but not least, Zero now costs 20,000 Renown or 480 R6 Credits. Make sure to add them to your personal roster!

Flash Grenades Are Being Reworked

Previously, how much a flashbang affected a player depended on where they were looking. If an enemy player simply spun around while being flashed, they were able to escape the brunt of it. Not anymore. Flashing will now always occur at full intensity, making your entire screen fully white. The duration of the flashbang's effect will depend on how far a player is from the explosion, still allowing for some wiggle room.

Before Crystal Guard, elite equipment could only be equipped together with everything included in its bundle. Over two separate updates, players will soon be able to equip headgears and uniforms from these bundles separately. OP cards, victory dances, and ability skins will be linked to the elite's uniform for now, but by the second update these cosmetics will be fully mixable as well. Customization for OP cards is also planned for the future, but no word was given on what this may look like.