Now, Ubisoft is going to outline some of the future content coming with their updated roadmap, which we're going to run over down below!

When we first revealed the Year 7 roadmap back in February, we mentioned that it would change and evolve with each season, as new content is added and features are reprioritized to adapt to the reality of developing for a live game. Alongside the reveal of Operation Vector Glare, we shared the first of these roadmap updates and today, we have another one to share.

From new and expanded content coming next season, to some features that have been delayed until Y7S4, read on to get a look at the updated roadmap, followed by the first details on what you can expect from these changes. Then, we'll have more details to share during the Y7S3 reveal, so stay tuned. 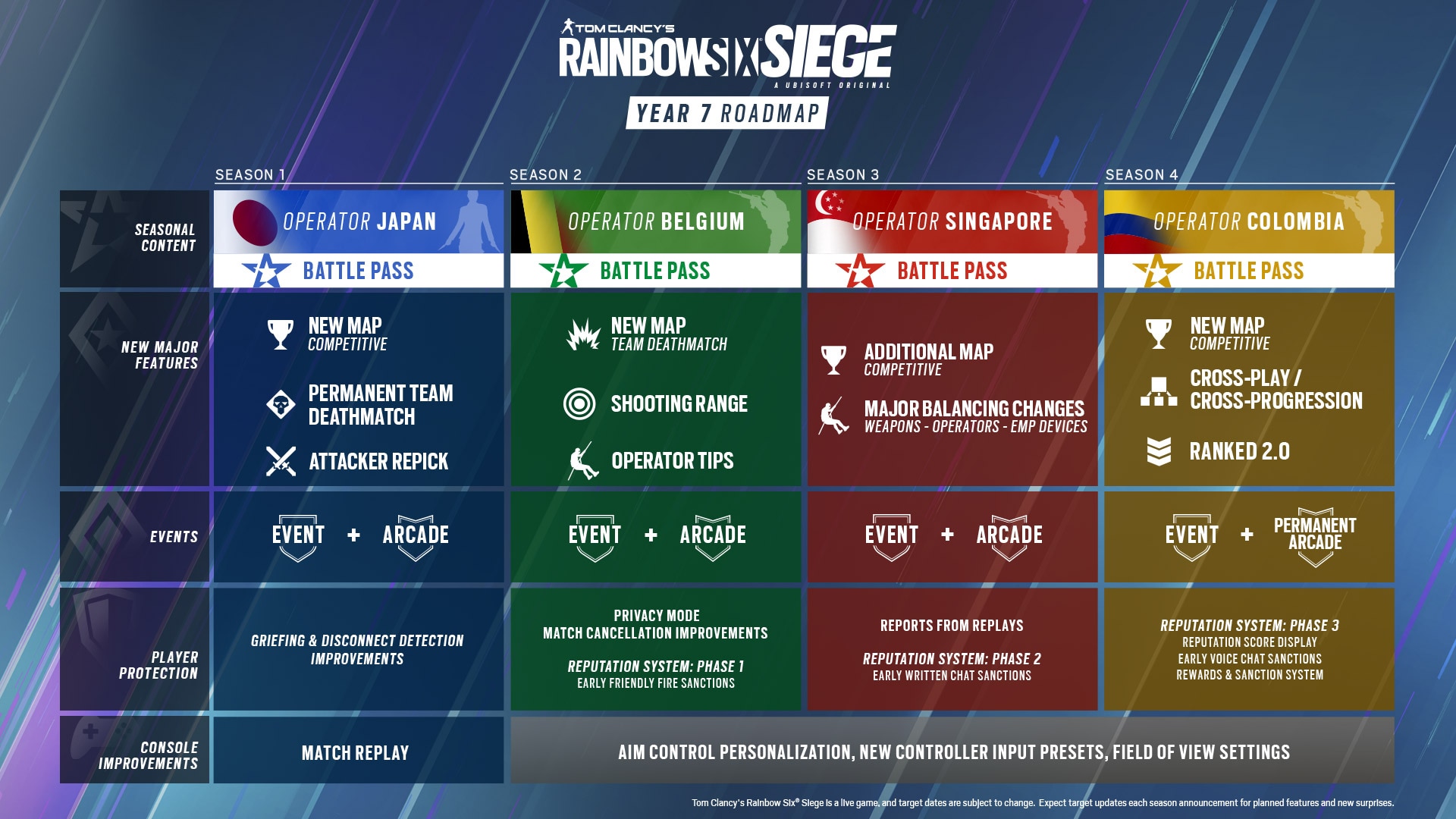 Alongside the launch of this season, we let you know that the new map originally planned for Y7S3 would be pushed back to Y7S4. That being said, we wanted to share some good map-related news with you.

Next season, we'll be adding a map to the competitive map pool. We're not sharing any specifics quite yet, but what we can say is that it's a map you've played before, it was part of an event, and you have never seen it in comp. What do you think it is?

We've mentioned it before, but sometimes, the reality of working on a live game means features have to be delayed in order to ensure they meet the quality standards you expect. This is one of those cases.

As Y7S3 approached, we realized Ranked 2.0 would benefit from a little more time, so we've made the difficult decision to push its release back by a season. This way, we can ensure that the revamp to Ranked that you get in Y7S4 is the strongest it can possibly be.

Similar to the above shift, we made the decision to delay two aspects of Reputation System from Y7S3 to Y7S4 in order to meet the demands of live game development. These include the restrictions on voice chat and Reputation Score display beta.

Keeping with the topic of Player Behavior's upcoming features, we're happy to report that the ability to submit cheat reports from match replays and restrictions on text chat remain on track and will release with Y7S3 as planned.

We previously mentioned that we've been actively investigating the imbalance of LMGs and Finka's role in the meta and plan to deliver tweaks to them with Y7S3. This is still on track, and will come as part of a bigger update to Siege's moment-to-moment balance than we typically release in a single season.

This is a big part of the reason why we made the decision to forego a mid-season balancing patch this season. The changes that will now come with Y7S3 interlock with one another in such a way that we feel the best way to experience and adapt to them is as a single package. One change that players can look forward to as part of this update is the addition of impact EMP grenades to some Operators' loadouts.

We're excited to share more soon, so stay tuned for the Y7S3 reveal for a full breakdown of the changes coming your way.