Starfield and Redfall Officially Delayed Until 2023

Starfield and Redfall were two of the most anticipated games coming into 2022, and Bethesda put major expectations onto their shoulders with the hype that has built up around these games.

While no release date is final in these days, they've made the decision to delay both of these titles until 2023.

While this dosen't come as too much of a surpirse to some players, Bethesda announced the delay via Twitter on May 12th, 2022.

"We've made the decision to delay the launches of Redfall and Starfield to the first half of 2023."

"The teams at Arkane Austin (Redfall) and Bethesda Game Studios (Starfield) have incredible ambitious for their games, and we want to ensure that you receive the best, most polished versions of them."

So, we'll have to wait now and see when they're both going to release. But, the first half of 2023 means sometime between January and June, so, hopefully not too long! 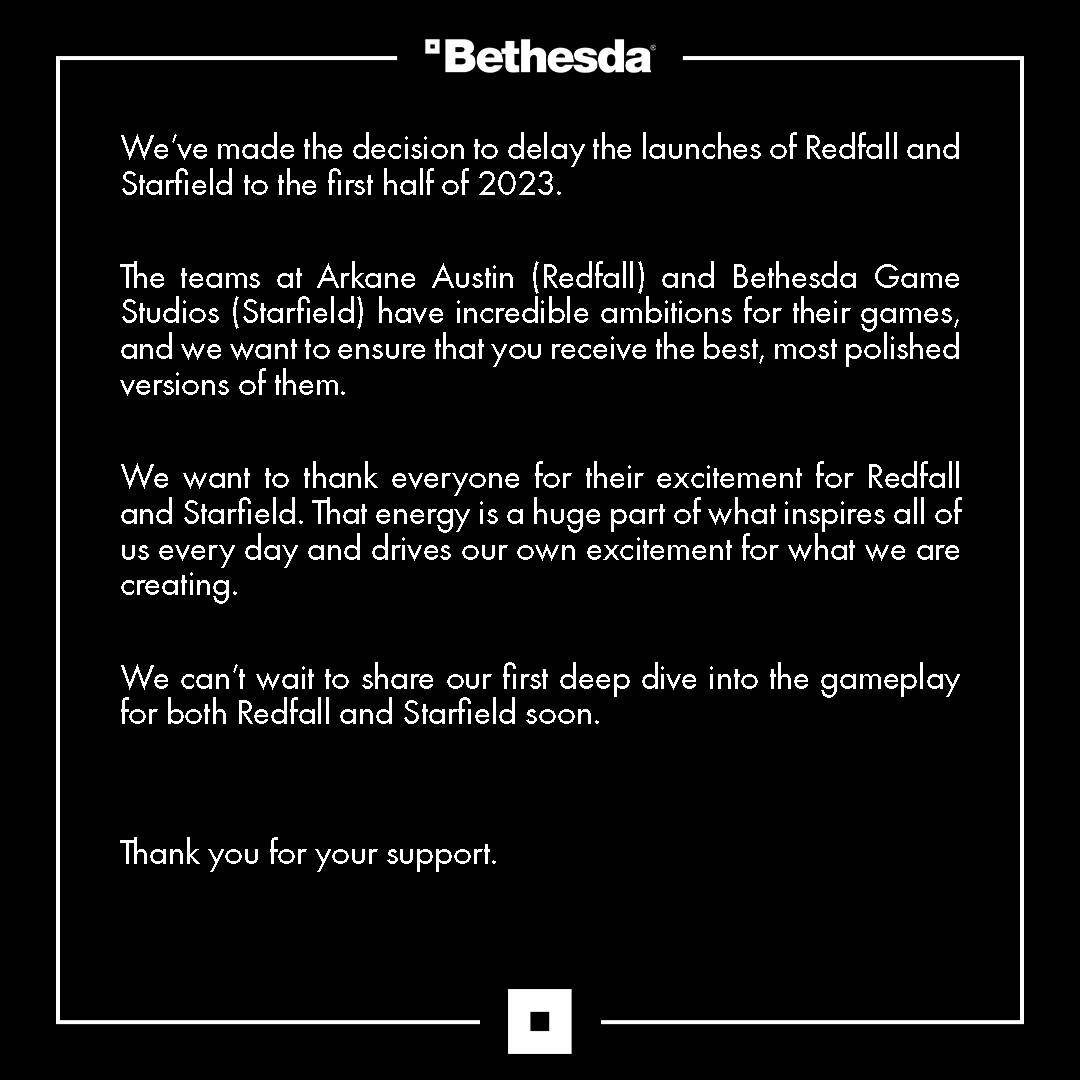