A big aspect of OW has been cosmetics, and with the addition of the battle pass this iteration of OW, players will have to purchase most of the skins they want via the in-game store.

The weekly shop rotation seems to be constant within Overwatch, and each week around Monday, Blizzard will add around 4-5 new skins/bundles for players to check out.

As well, we can assume this is where seasonal skins such as Halloween and Christmas skins will come into play.

So, for this week, the following skins are purchasable within the store!

Speaking of OW2, with the release, you're going to want to ensure you have the latest gaming keyboard such as our Roccat Vulcan TKL Pro. 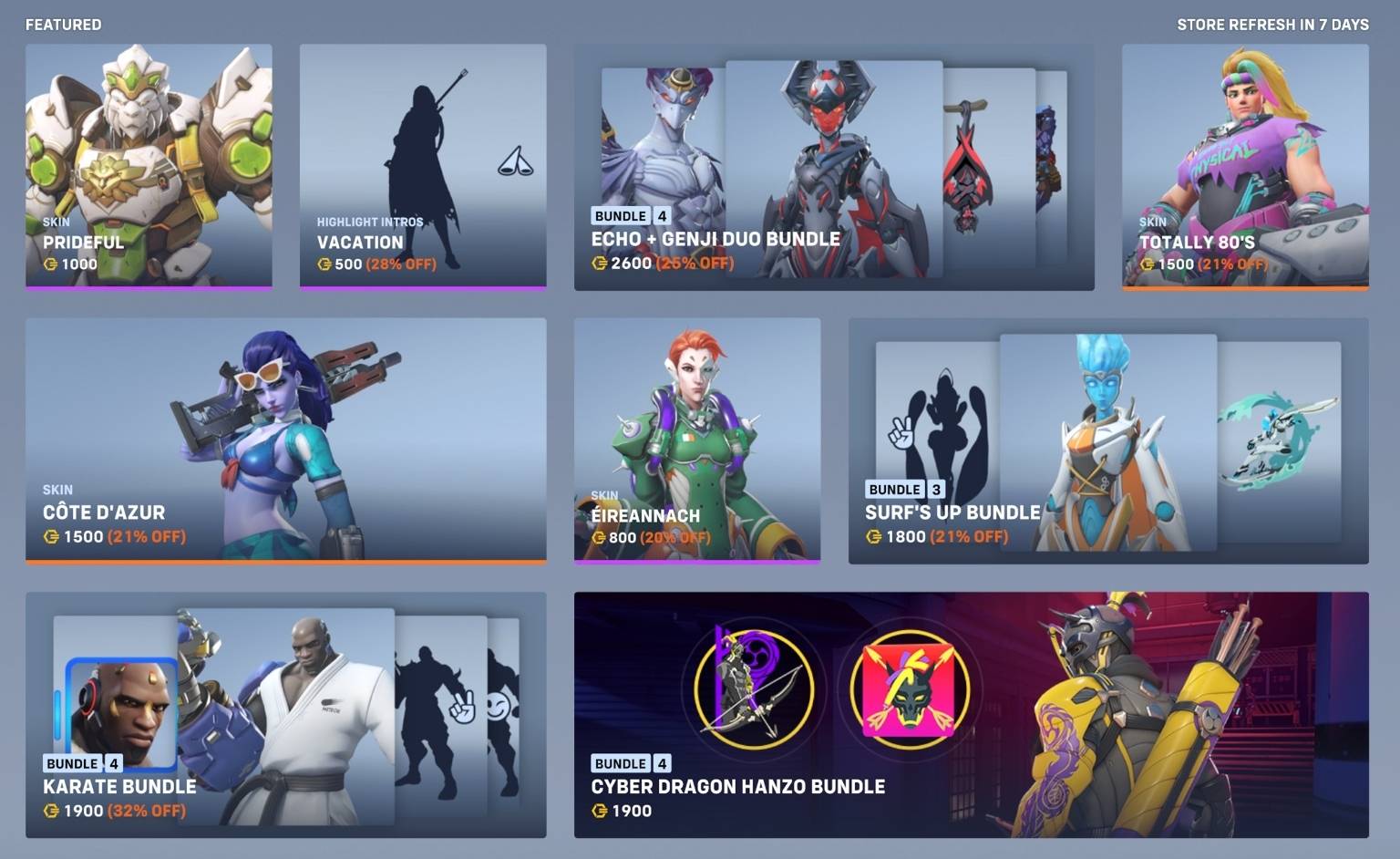