Call of Duty Vanguard Zombies Leaks: Map, Story And Everything You Need To Know

Since its creation in Call of Duty: World at War, Zombies has been a staple game mode of the franchise. But besides confirming the inclusion of Zombies in the upcoming Call of Duty: Vanguard, Activision hasn't given us any real details on the mode. Luckily leakers have helped to fill the void with some information on how the shambling hordes are shaping up.

Here's what we've learned about Vanguard's Zombies mode and when you can expect to play it.

Zombies is expecting to release at launch with Vanguard, which is the 5th November 2021.

However, TheMW2Ghost doesn't think that the actual map will be available at release. He tweeted out that there might not be a round-based Zombies map until Vanguard's Season One.

He specifically stated that there will be a Zombies map of some sort at launch, so players will still be able to play the mode in some fashion. It just may be the case that they are playing Outbreak/Onslaught for the opening period.

While maps are important for every game mode, they are especially important in Zombies. A good map needs to be approachable, replayable, and have its own unique flair. A return to the World War 2 era gives the developers a lot of room to create some great maps. Based on a recent leak, it seems like they've really taken to the direction.

Call of Duty Leaker TheMW2Ghost tweeted out recently that they have uncovered the name of the first Zombies map. If the leak is to be believed, the first map will be called "War of the Dead." As for details, TheMW2Ghost was silent.

While we don't know much about the War of the Dead Zombies map, a bit about the related story has been rumored. Vanguard is being developed by Sledgehammer games, who have worked on other Call of Duty titles like Modern Warfare 3 and Advanced Warfare. But the Zombies mode for Vanguard is being spearheaded by Treyarch.

Many players were delighted by that news, believing that Treyarch has a better vision overall when it comes to Zombies. Besides personal preferences, Treyarch working on Zombies also means they will probably continue their own storyline.

The Call of Duty: Black Ops Cold War Zombies story centered around the Dark Aether. The Dark Aether is essentially a hell dimension where the Apothicons — an ancient, villainous, and tentacled race — were banished. In a convoluted series of events, the Dark Aether began infecting Earth. Through the events of Zombies, players work to fight back against the invasion.

Treyarch will most likely continue on with the Dark Aether story, potentially even designing the Vanguard maps to be prequels for the Cold War ones. Given that Vanguard is set decades before Cold War, this adds up. The Apothicons were originally brought to Earth through Projekt Endstation during World War 2, lining up the timeline perfectly.

Maps in Zombies mode traditionally have rounds, with each one progressively becoming more challenging. Cold War broke from this format in Season Two, introducing Outbreak mode. Outbreak is a Zombies mode that sees players beat a series of objectives as opposed to just surviving. It looks like Outbreak, and also Onslaught, will be returning in Vanguard. TheMW2Ghost stated that an Outbreak and/or a Onslaught map, or a combination of the two would be available when the game releases. 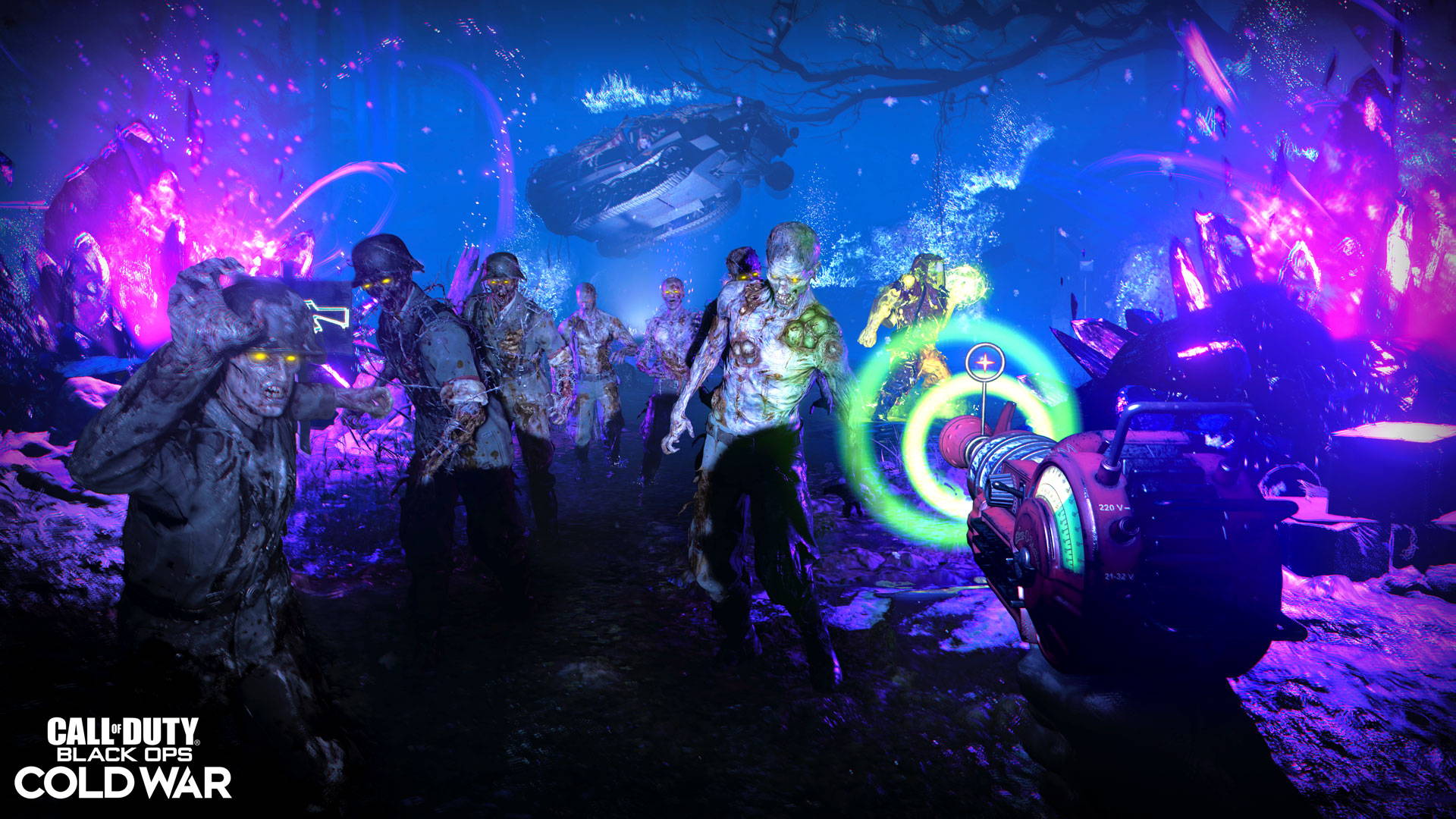 When Will We Learn More?

While Activision, Sledgehammer Games, and Treyarch have all been very quiet on details about Vanguard's Zombies mode, that's about to change pretty soon. In the Warzone reveal event for Vanguard, developers stated that more information specifically about Zombies will be available around Halloween.

In about a month, we can expect some sort of livestream, video, or blogpost with far more details relating to the game mode. The War of the Dead map may even be confirmed during this Halloween reveal, as well as whether or not it will be available at launch.

Call of Duty: Vanguard is currently slated for release on November 5. Given that Seasons typically last around two months, players may have to wait until January to play the standard Zombies experience if the above leaks are true.

With the other big FPS title for this year, Battlefield 2042, being delayed, it’s worth remembering that this timeframe may change. It's very possible that the developers may want to leave Vanguard or its Zombies mode in the oven a bit longer. For now however, we can still expect more news on Halloween.