Overwatch is perhaps one of the world's largest games over recent years, and the team-based PVP shooter has risen to new heights in recent months, as fans await any news pertaining to its sequel, Overwatch 2.

While the 2nd Overwatch has been delayed a decent bit over the years, there's still massive expectations for Blizzard, and some new UI leaks may have showecased a feature fans have been wanting for quite some time!

A battle pass is something we've seen nearly every game adopt since Fortnite first brought them into the spotlight back in 2017, as they're a fantastic way for players to earn rewards pretty fast and cheap during a season.

Overwatch is one of the only titles that haven't adopted the battle pass formula, and while they're still releasing items into the in-game shop, Overwatch 2's battle pass could be game breaking.

The new Overwatch 2 leak comes from ArtStation, where some images of the UI for OW2 were shared, and on the left side of the menu we can see the words "Battle Pass."

The UI itself looks pretty similar besides the addition of a battle pass, so it wouldn't shock us if this leak pans out to be true later down the line!

Be sure to let us know what you think of a battle pass in Overwatch 2, and tell us if you're planning on playing in the Overwatch 2 PVP Beta! 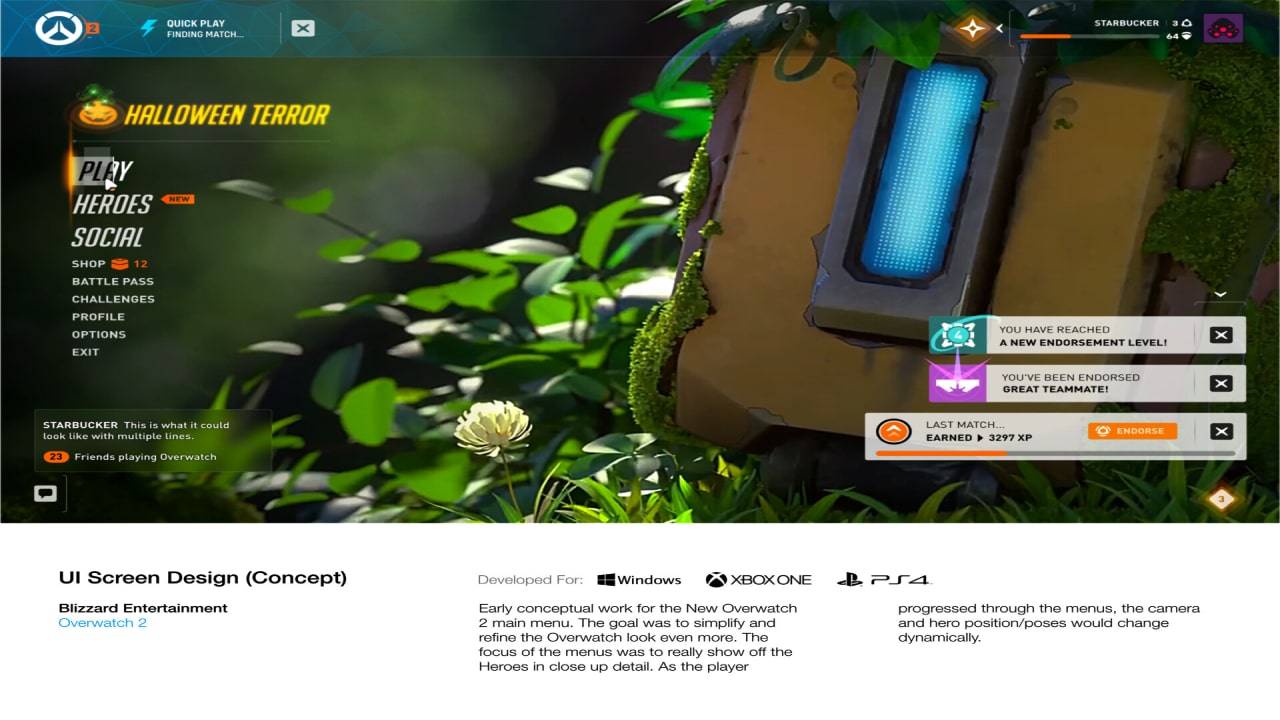